From SourceWatch
(Redirected from Tobacco)
Jump to navigation Jump to search

Click on the cigarette pack at any time to return to the Tobaccowiki Portal Home Page. 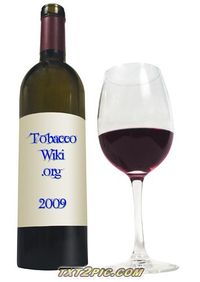 Welcome to TobaccoWiki the online research project to which anyone can contribute. We need your help to mine the millions of pages of previously-secret, internal tobacco industry documents now posted on the Internet. The purpose of Tobaccowiki is to make it easier to find information about tobacco industry behavior, and to reveal what has been learned about the industry through its documents.

Like Wikipedia, the collaborative, online, free encyclopedia, Tobaccowiki is also a collaborative project. We need you to help us search through the tobacco industry documents now available online and enter information here about what you find. We welcome participation from everyone: students, journalists, smokers and non-smokers, food service workers, public health workers, tobacco control advocates, musicians, scientists, researchers and just plain curious folks. Everyone is invited to join in this project to facilitate access to information in the tobacco industry documents. 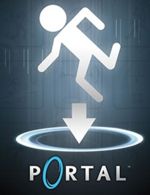 Things you can do

If this is your first time editing on SourceWatch, you can register here, and learn more about adding information to the site here, here and here. Have fun, and thanks for your help!

This 1951 Walt Disney animated film starring Goofy amounts to a social commentary on nicotine addiction and the smoking lifestyle.
edit

The strategies, propaganda tactics and corporate behaviors employed by the tobacco industry can give insight into the behavior of other multinational industries and corporations. To that end,TobaccoWiki seeks to increase public understanding of tobacco industry strategies to deceive the public about the health effects of smoking and secondhand smoke; delay regulation of cigarettes, influence regulation and standards in their favor;market their products more heavily in the third world, where there is less regulation; market to young people; form front groups, coalitions and fake "grassroots" groups to do the industry's bidding; leverage human emotional and psychological needs to make cigarette advertising more effective; target less-educated, low income and minority ethnic groups; alter the American judicial system to block lawsuits ("tort reform"); intimidate legislators, regulators, public health scientists and voluntary health organizations; draft and pass laws in their favor; preempt local efforts to limit indoor smoking; engineer cigarettes for addiction, and much, much more.

Participants at a 1993 Philip Morris (PM) meeting were asked to brainstorm about a headline to be used in a PM-paid, full-page "advertorial" to be placed in a major European newspaper. The document contains ideas from that brainstorming session. Ideas floated by PM employees include ridiculing the idea that people have a right to clean air, and threatening society by saying that "if we shut off smoking as a pressure release, stress will build and be released in a more destructive manner than smoking. (Use specific examples like the smoker who punched a flight attendant.)" Other ideas for the headline included:

The document also states "we must position [the antis] as extreme and unreasonable," and proposes ways PM could do this: 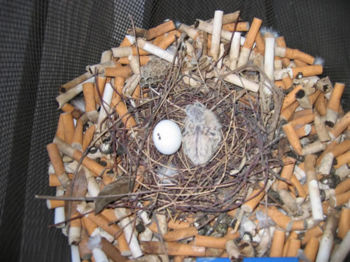 Philip Morris said that San Francisco's ban on selling cigarettes in drug stores infringed on the company's First Amendment rights to freedom of speech, but the Ninth Circuit Court disagreed. The ordinance, which took effect in October, 2008 and was the first of its type in the country, prohibits sales of cigarettes and other tobacco products in San Francisco's nearly 60 drugstores. Philip Morris argued that the ban effectively forced the company to pull its advertising out of the stores, which interfered with its constitutional right to communicate with customers. But the Ninth U.S. Circuit Court of Appeals in San Francisco concluded that the ordinance does not restrict freedom of expression, saying that the city "limits where cigarettes may be sold; it doesn't prevent (Philip Morris) from advertising." The court ruled 3-0 to uphold a lower court judge's denial of an injunction against the ordinance.

"Smoking and health is of little concern to the African people and it seems not to be a popular issue among them. However, if an anti-smoking campaign supported by religious leaders and/or the medical profession is developed, this could seriously affect consumption because of the mentality of the Africans, and their faith in their religious leaders and doctors."