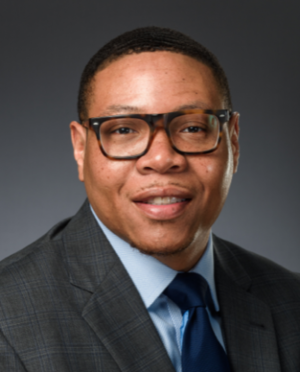 Lewis D. Ferebee was announced as D.C. Mayor Muriel Bowsers' selection to lead D.C. Public Schools in December 2018. As of January 2019 that appointment was still pending approval of the D.C. Council.

Ferebee has been the Indianapolis schools superintendent since 2013.[1] Before that job, Ferebee taught in Virginia then Greensboro, North Carolina where he was an elementary and middle school principal. Later he served as the chief of staff for the Durham Public School system.[2] Ferebee has been a panelist for the Center on Reinventing Public Education, New Schools Venture Fund, and the National Alliance for Public Charter Schools.[2] Ferebee is an alumnus of the Broad Academy and a favorite of charter school leaders, such as Eva Moskowitz.[2]

During Ferebee's tenure as Indianapolis superintendent, a school counselor was charged with "nine felony counts of child seduction, one felony count of dissemination of matter harmful to minors and one misdemeanor count of contributing to the delinquency of a minor," according to Indy Star.[3] The then-Superintendent said that he was made aware of the allegations early, but was misled that they were being properly reported. Ferebee is a defendant in a lawsuit questioning if he met his obligations as superintendent to follow the Indiana state law which requires an immediate "report suspected child abuse to law enforcement officials or child protective services."[4][5]

According to Chalkbeat, this incident was the "one exception" to Ferebee's "fairly scandal-free tenure."[2]

According to Washington Post columnist Colbert King, during Ferebee's tenure as the leader of the Indianapolis Public Schools (IPS) the school district under his purview became one of the "lowest-performing school districts in the state" with 80 percent of its students not passing both the English and math portions of the spring 2018 Indiana Statewide Testing for Educational Progress exam.

Chalkbeat reports that Ferebee has forged "a particularly close partnership with charter schools," the article continues to say that he is "known for creating a network of charter and charter-like schools."[2] This was done through "Innovation schools" which blur "the line between charter schools and traditional public districts by launching and rapidly expanding schools run by charter or nonprofit operators but that remain under the district’s umbrella." By the end of the most recent year with Ferebee at the helm of IPS, more than 25 percent of students attend these schools. As of November 2018, there were 20 innovation schools in IPS[6]