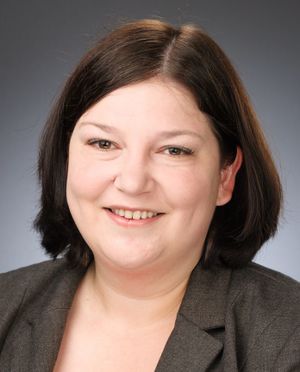 Until February of 2018, Aurora Lora was the Superintendent of Oklahoma City Public Schools. There she focused “on providing the right kinds of supports from central office so that educators and students can focus on teaching and learning.” Lora was also the Associate Superintendent of Student Achievement and Accountability of the Oklahoma City Public Schools from 2014 to 2016. Previously, Lora was the Assistant Superintendent as the Dallas ISD in Dallas, Texas from 2012 to 2014. She served as the Executive Director, PK-12 Schools at the Seattle Public Schools in Washington State from 2010 to 2012. From 2007 to 2010 Lora was the Founder and Administrator of the Harriet Tubman Leadership Academy for Young Women from 2007 to 2010.[1][2]

For Portland Public Schools in Washington state, Lora was the middle school principal from 2006 to 2007 and Executive Intern to the Superintendent from 2005 to 2006. She served as Associate Institute Director for Teach For America in 2004 and before that was a teacher and instructional coordinator at Ryan Elementary for two years.[2]

According to the Oklahoma City Free Press, Lora, “encountered a rarely-seen unionized core of principals who were feeling what they felt to be unfair and reckless pressure from Lora. She had made statements that led them to believe she wanted to demote or fire as many as ten in her first year. Eventually, the principals and Lora came to an agreement, but not after a public spectacle of principals speaking through a union."[3]

Lora was an ex-officio member of the advisory board of OKC Kids, an organization that tries to “advance excellence, create champions and build strong community support for lasting change in Oklahoma City Public Schools."[4] In a cached version of OKC Kids’ website from June 2017, Lora’s name appears on the list of ex-officio members. As of February 20, 2018, Lora’s name is no longer included on the list.[4][5] OKC Kids is funded by the Walton Family Foundation.[4]

Lora also lost a significant amount of trust from the African American community after attempting to fire a popular principal, Sue Starr, in front of students. According to the Oklahoma City Free Press, “District officials put Starr on administrative leave and started proceedings to fire her. Then, the district, Starr and her personal attorney reached an agreement days before her termination hearing. She is now a roving principal filling in for school principals who have to be away due to sickness or professional leave.”[3]

On October 25, 2017, the Free Press reported that “Students and parents fear that Starr is being disciplined or fired because of a set of circumstances beyond her control.” Starr was seen being “escorted out of the building by district security guards” after a student protest was held outside of Lora’s office. Students, according to the Free Press, were protesting overcrowding at Northeast High School in Oklahoma City “since district administration appropriated parts of the ground floor of the building” until new offices were completed.[6]

As of January 30, 2018, parents and other community members “around Northeast HS are still upset that Lora had arranged to move central office staff from the 900 N. Klein Administration Building to overcrowd NEHS by taking up most of the first floor of the high school for the year while the next administration building at 600 N. Classen is being readied. Trust is not helped by the fact that no apparent work has been done on 600 N. Classen as the last day of January approaches.”[3]

On January 30, 2018, the Oklahoma City Public Schools Board of Education “voted unanimously to accept Superintendent Aurora Lora’s resignation effective February 1.” According to the Oklahoma City Free Press, this was caused by a combination of a new board of education, budget cuts and self-imposed mistakes.[3]