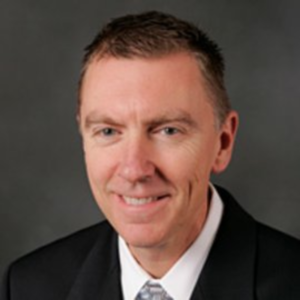 Deasy has also been CEO of the Reset Foundation/New Day New Year (an alternative juvenile prison in the Bay Area), editor in chief of The Line ("a magazine dedicated to civil discourse in dealing with the most pressing matters for those on the front lines of social justice, entrepreneurship, and education"),[6] the founding partner of Cambiar Education (which operates the School Systems Leaders Fellowship, a program launched by Teach For America), deputy director of education for the Bill & Melinda Gates Foundation, and superintendent of the school district in Prince George’s County, Maryland, the Santa Monica-Malibu Unified School District in California, and Coventry Public Schools in Rhode Island.[2][7][2]

Deasy is an alumnus of the Broad Academy, 2006 cohort, and has consulted for The Broad Center for the Management of School Systems as superintendent-in-residence.[7][8]

Deasy's tenure as superintendent of LAUSD was controversial and contentious. A "strong proponent of new technology in schools and of holding teachers accountable for improving student test scores," he "had faced mounting criticism from board members and teachers who saw him as an enemy," according to the New York Times. He testified against teachers' unions in 2014 "in a lawsuit in which a California judge ruled that tenure protection laws deprived students of their basic right to an education and violated their civil rights."[2]

Deasy also pushed for and led the "rollout of an ambitious $1.3 billion plan to give iPads to every student in the district, which has an enrollment of 640,000 across 900 schools. Students hacked the tablets and used them to play games or use social media rather than to follow the new digital curriculum."[2] An investigation into that plan resulted in an FBI raid, as detailed by the Los Angeles Times.[9]

Gary Orfield, professor of education and co-director of the Civil Rights Project at University of California, Los Angeles, called Mr. Deasy's resignation "part of a broader pattern, partly because change-minded leaders may have pushed too hard without securing the commitment of the teachers who would be responsible for making the modifications in their classrooms," according to the New York Times.[2]

When Deasy was selected to lead the LAUSD, it was "with the hope of growing the charter school system, confronting the teachers union, and changing the terms of teacher employment in Los Angeles," according to The Atlantic.[10]

In early 2013, Superintendent Deasy participated in a "parent trigger" process initiated by parents of students at LAUSD's 24th Street Elementary School, a process in which the district competed with charter operators to be chosen to run the school after parents petitioned for a change in governance. Deasy pledged to work with Parent Revolution, a controversial group that had organized the "trigger."[11]

Deasy is an alumnus of the Broad Academy, 2006 cohort, and after leaving LAUSD, consulted for The Broad Center for the Management of School Systems as superintendent-in-residence.[7][12]