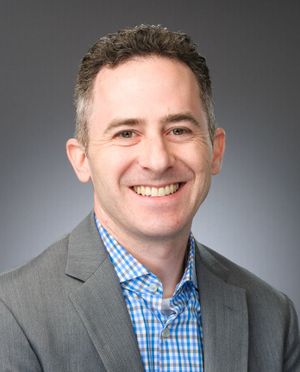 Jason Kamras was a member of the Broad Academy’s 2015-2016 cohort. Kamras is the current “superintendent of Richmond Public Schools and former National Teacher of the Year winner [...] As chief of instructional practice at the District of Columbia Public Schools, he led efforts to accelerate growth in teacher and principal development and ensure outstanding instruction in every classroom across the city.” At DCPS, Kamras started as the Chief of Human Capital from 2010 to 2015, then served as Chief of Instructional Practice from 2015 to 2017, until he finally served as Chief of Equity in 2017.[1][2] Kamras was also an “education policy adviser to Barack Obama during his 2008 presidential campaign.”[3]

In 2017, Kamras was “unanimously” picked by Richmond, Virginia’s school board to serve as superintendent. Richmond’s mayor “called Kamras ‘a reform-minded, creative and innovative educator’ who is ‘not afraid to roll up his sleeves and take on big challenges.’” Kamras was recruited by a consulting firm to apply for the role, according to the Richmond Times-Dispatch.[3]

Kamras “grew up in Sacramento, Calif., studied public policy as an undergraduate at Princeton University and went on to receive a master’s degree in education from the Harvard Graduate School of Education. He taught through Teach for America in between earning his two degrees.”[3]

As “chief of human capital for D.C. Public Schools,” Kamras helped with “personnel recruitment and retention, and as the school system’s chief of instructional practice. [...] During his tenure in those two roles, D.C. schools received national attention for the district’s sweeping changes to teacher evaluations and teacher pay. The school system overhauled its evaluation system, getting rid of independent evaluators and instead having school principals do the evaluations. IMPACT, the evaluation program’s name, ties student achievement data to job evaluations.”[4]

According to the Richmond Times-Dispatch, “The district’s teacher reforms were ‘more comprehensive than those of any school district perhaps ever in the United States,’ one expert said. [...] Kamras was key in the reform’s development, [Thomas Toch, the director of FutureEd,] said, calling him the ‘intellectual engine.’”[4]

In 2011, “the District of Columbia Public Schools gave sizable bonuses to 476 of its 3,600 educators, with 235 of them getting unusually large pay raises,” according to the New York Times. “Under the system, known as Impact Plus, teachers rated ‘highly effective’ earn bonuses ranging from $2,400 to $25,000. Teachers who get that rating two years in a row are eligible for a large permanent pay increase to make their salary equivalent to that of a colleague with five more years of experience and a more advanced degree. Those rewards come with risk: to receive the bonuses and raises, teachers must sign away some job security provisions outlined in their union contract. About 20 percent of the teachers eligible for the raises this year and 30 percent of those eligible for bonuses turned them down rather than give up those protections.” Kamras said he wanted “to make great teachers rich.”[5]

President of the Washington Teachers Union Nathan Saunders argued “'that the evaluations do not adequately take into account the difficulties of working in poor neighborhoods.' He also says that performance pay inappropriately singles out stars. [...] ‘This boutique program discourages teachers from working together.’ ...”[5]

In 2012, the Washington Examiner reported on Washington D.C.’s decision to “fire more than 50 special education coordinators.” Jason Kamras, while acting chief of the Office of Human Capital, was quoted as saying, “DCPS will require that individuals who oversee special education implementation have certification in conducting psycho-education assessments as well as training in providing academic and behavioral interventions [...] There will be 46 SECs next year. Thus, 56 will be subject to reduction in force.” Aona Jefferson, president of the Council of School Officers, said “This will have a negative impact on delivery of services to special needs children.”[6][5]

In February 2018, the Richmond Times-Dispatch reported that an independent report found “one in three students in Washington, D.C., Public Schools who graduated last year did not meet graduation requirements. Kamras served as an administrator in D.C. Public Schools until mid-December. [...] According to the report, more than 900 students in D.C.’s public high schools graduated last year against district policy. The report was commissioned by D.C. Mayor Muriel Bowser after an NPR investigation showed how students at Ballou High School in D.C. were able to graduate despite missing months of school. The district’s graduation rate had jumped 20 percent since 2011. Also, according to the report, teachers and school administrators “contributed to a culture in which passing and graduating students is expected, sometimes in contradiction to standards of academic rigor and integrity.” Kamras was not named in the report and denied involvement in the scandal.[7]