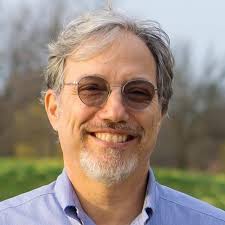 Eric Alterman is a CUNY Distinguished Professor of English at Brooklyn College and "The Liberal Media" columnist for The Nation. He has contributed to The Daily Beast, The Forward, Huffington Post,[1] Moment, Mother Jones, Rolling Stone and other publications.[2] He is the author of over ten books, including national bestseller What Liberal Media? The Truth about Bias and the News.[3]

Alterman has written many pieces critical of the media's coverage of Donald Trump's campaign and presidency.

Alterman has widely criticized establishment media outlets such as Cable News Network(CNN),[4][5] MSNBC[4] and the New York Times[6][7]for contributing to Trump's success by drawing a false equivalence between him and his critics, leading to "normalizing Trump and his assaults on our free press and democratic norms."[8]

Alterman has also criticized these media outlets for hiring Trump supporters and other conservatives in the name of diversity of opinion without accessing whether they will honestly report on the facts rather than serve as conservative ideologues.

In a 2017 piece, he called conservative New York Times columnist Ross Douthat "one of the most interesting and original columnists in the American press today... a Catholic conservative [who] openly wrestles with his own preconceived notions as they collide with reality",[6] contrasting him with another conservative NYT writer, Bret Stephens, whom Alterman saw as "an ideological hack... a climate-change  denier and an incendiary Islamophobe."[6]

Later in the article, he claimed "Ideological diversity is certainly a worthy goal, but any attempt to apply it to the punditocracy is bound to run into the brick wall of US conservatism, which has become so unhinged in recent years that adherents who do not traffic chiefly in bullshit can be as hard to find as healthy Mets pitchers."[6] In the conclusion, Alterman also wondered why the same standard of "ideological diversity" hadn't been evenly applied in a leftward direction, pointing out that no supporters of "America’s most popular politician" Bernie Sanders had been offered a column by the New York Times.[6]

Alterman has attributed frequent accusations of "liberal bias" in the media, which he find unsubstantiated, to a conservative tactic of "working the refs".[5][8] This analogy derives from basketball, where a coach repeatedly criticizes a referee of bias towards other team to get a call favorable to their own team.[5] He also described how conservatives are "working the refs" to cause social media platforms to allow more content from "sites that regularly lie in support of politicians like Donald Trump." [9]

In October 2016, he criticized CNN and its president Jeff Zucker, saying "Sucking up to Trump brought in viewers and hence massive amounts of advertising dollars for the network, something its president, Jeff Zucker, has known since the days when he promoted Trump’s reality shows at NBC... He also hired Trump apologists, including former campaign manager Corey Lewandowski, who, while being paid by CNN to allegedly offer his honest opinions on the election, was simultaneously being paid by the Trump campaign to do exactly the opposite... and yet Zucker had no problem with deliberately misinforming his audiences in the service of exploding ad revenue."[4] Not imagining a Trump presidential victory, Alterman concluded the piece by guessing he would instead create a media empire.

Following Trump's presidential victory, Alterman wrote several pieces criticizing the media's false-equivalence and "both-sidesism", saying the establishment media seems to think "'We’re running an article about Trump supporters’ violence against immigrants, people of color, Muslims, and Jews, so shouldn’t we also say something mean about liberals too? We wouldn’t want anyone to accuse us of liberal bias.'"[8]

After Washington Post press columnist Margaret Sullivan claimed "There’s another way that the traditional press has allowed right-wing media to flourish—by moving too far to the left itself",[10] Alterman responded by saying "A better account might begin with the fact that for the past half-century or so, right-wing gazillionaires like Rupert Murdoch, Richard Mellon Scaife, Charles and David Koch (Koch Brothers), Sheldon Adelson, and Robert (Robert Mercer) and Rebekah Mercer —together with their foundations and those of the Olin, Bradley, Coors, and DeVos families, among others—have been spending billions of dollars to transform the media into an echo chamber for conservative misinformation."[10]

In a 2019 article, Alterman noted the contradiction between many neoconservatives' strong pro-Israel position and their feeling about American Jews, saying "conservative Christian groups were sometimes peopled with anti-Semites, whose geopolitical analysis tended to blame Jewish billionaire cabals for all the world’s ills. And while not so enthused about everyday Jews, many were willing to set aside those concerns because of their admiration for Israeli military might, racism toward Arabs, and a widely held belief that God gave Israel to the Jews as part of His plan for the end of days."[11] Alterman also mentioned the history of Jews worrying about being seen as favoring Israel over of America and pointed out how Trump is taking "this moment to flip the script and accuse Jews of being insufficiently loyal– not to America but to Israel– by remaining Democrats."[11] Alterman also discussed the widening divide between Israeli Judaism and American "lox and bagels" Judaism in a 2018 memoir piece about novelist Philip Roth[12] as well as in another piece highlighting "the fraying ties" between many American Jews and Israel.[13]

Alterman has written positively about J Street, which he sees as a potential counterweight to AIPAC. In the article, Alterman noted, "No other nation on earth, save perhaps Israel, treats the Middle Eastern conflict as the United States does, with the Palestinians viewed exclusively as the irrational attackers and Israel as aggrieved innocents"[14] and pointed out, "while American Jews remain committed liberals— they voted overwhelming for Barack Obama over John McCain— they fund and support a neoconservative-dominated lobby when it comes to the Middle East."[14]

Comparison of Trump to Netanyahu

In another 2019 article, Alterman drew comparison between Donald Trump and Israeli Prime Minister Benjamin Netanyahu, calling them "evil twinsies" and "aspiring autocrats".[15] Among other similarities, Alterman notes how both "give every evidence of having engaged in criminal behavior", claim they are being unfairly persecuted by the media, demonize minority groups and immigrants, and associate with fellow aspiring autocrats who "blame a globalist Jewish conspiracy for their woes, with George Soros as the most prominent target" (Netanyahu) or run ads which insinuate elements of the same conspiracy (Trump).[15]

Another article pointed out yet another similarity between Trump and Netanyahu: "their ability to deploy massive media empires to intervene on their behalf. Each has long cultivated mutually beneficial relationships with powerful right-wing billionaires willing to put their money behind propaganda networks designed to bludgeon the public mind in the service of their business interests and pet political causes."[16]

In other pieces, Alterman has discussed right-wing attacks on George Soros[17] and claimed the "liberal Jewish billionaire/philanthropist has been turned into a bogeyman for anti-Semites the world over. Soros is today’s stand-in for the time-honored anti-Jewish slanders sensationalized in Europe and elsewhere in the Protocols of the Elders of Zion."[18]

Alterman has been a senior fellow at the Center for American Progress, Media Matters for America, The Nation Insitute (now called Type Media Center) and the World Policy Institute.[19] Alterman has also received Media Fellowship at the Hoover Institution at Stanford University and a Schusterman Foundation Fellowship at Brandeis University.[2]

Alterman has taught at Columbia, New York University and Hoffstra.[2]

Alterman's blog, "Altercation," first appeared on MSNBC's website in 1996. Alterman worked at MSNBC for ten years before being fired, after which he blog moved to Media Matters for America.[20] As of September 2019, the "Altercation" blog was available here on Alterman's personal website.