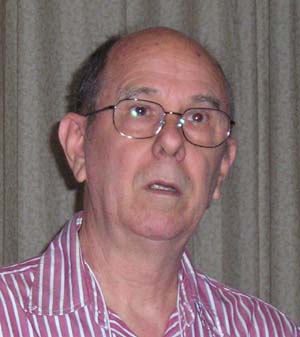 Dr Walter Starck has a PhD in marine science from the University of Miami (1964).

Jennifer Marohasy details in a blog post in 2006 that Starck arrived in Australia in 1979 settling near the Daintree River near Queensland's Great Barrier Reef.[1] She said that he "has been a research associate of the Institute of Marine Science in Miami, the Bishop Museum in Hawaii, The Australian Museum in Sydney and the Western Australia Museum in Perth."

Starck contributed an opinion article to the Institute of Public Affairs publication Review on Venture capitalism in December 1999. He also wrote an opinion article titled Great Barrier Reef Threatened: So Where Is The Evidence? published by the IPA on 28th April 2005 along with a longer background paper titled Threats' to the Great Barrier Reef.[2]

Starck was a speaker at the Australian Environment Foundation's Inaugural Conference 2006.

He is listed on the Science advisory panel of the Australian Climate Science Coalition[3] and also as an expert on the Heartland Institute website.[4]

Starck has contributed three articles, (2005, 2008 and 2012) to the Online Opinion E-journal on the state of the Great Barrier reef and critical of environmental protection and management of the Great Barrier Reef Marine Park. He has also written two articles (2007 & 2008) arguing that oil supply and fuel shortage (see Peak Oil) are a larger more immediate problem and risk than that posed by climate change and that Australia should look to developing synfuel processing capacity from coal and gas.

In 2008 Starck wrote an opinion article entitled "The Great Barrier Reef and the prophets of doom" [5] in response to an article by marine scientist Charlie Veron on "The plight of the Great Barrier Reef" [6] with climate change. Reknowned marine scientist Professor Ove Hoegh-Guldberg responded in a blog article: "The Starck truth? Starck naked is more like it…" in which he was critical of the lack of scientific peer-reviewed sources to back up his sweeping statements.[7]

In 2010 Starck was critical of a scientific review article published by Dr McCook and 20 other marine researchers in 2010 in the Proceedings of the National Academy of Sciences of the USA.[8] The article dealt with reef adaptive management and benefits of networks of marine reserves in the Great Barrier Reef. Starck alleged a conflict of interest and that the paper was slim on evidence and deliberately missed key evidence. Starck was taken to task in a public media release by Dr Russell Reichelt, Chairman of the Great Barrier Reef Marine Park Authority who stated "I found nothing to support your assertion that there are "serious issues of scientific integrity" in relation to conflicts of interest" and invited Starck to provide any scientific data or analysis that provides an alternative view by the normal peer review scientific process.[9]

The 2010 exchange was also documented in a blog post by Professor Hoegh-Guldberg in the article "Starck raving Reefgate?" [10]

On climate change and global warming he states in the article "Global warming - myth, threat or opportunity" (2008):

"Global warming is a distant and uncertain possibility of a problem that most likely does not even exist, at least in the catastrophic form being predicted. It can only be meaningfully addressed by developments that will require decades to become effective and which, in any event, must be undertaken even without the threat of warming."[11]