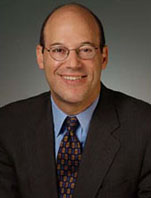 Ari Fleischer, former White House press secretary under President George W. Bush, is acting as spokesman for Freedom's Watch, a "new group of prominent conservatives [which] plans to begin a multimillion-dollar advertising campaign [on August 22, 2007] to urge members of Congress who may be wavering in their support for the war in Iraq not to 'cut and run'."[1] Fleischer is a dual US-Israel citizen.

Before serving in the Bush administration, Fleischer "served as Senior Communications Advisor and Spokesman for the Bush-Cheney 2000 Presidential campaign. Prior to joining Governor Bush's campaign, he was National Spokesman and Communications Director for Elizabeth Dole's presidential campaign. Previously, he was the Communications Director for the House Committee on Ways and Means and the Press Secretary to New Mexico Senator Pete Domenici. Ari is a graduate of Middlebury College."[2]

In November 2004 Fleischer was in Sydney to address the Jewish National Fund as part of a fundraising effort in support of environmental clean up work on the Yarkon River in Tel Aviv.

In a media interview Fleischer defended the Bush administrations environmental polices from opposing the Kyoto climate change treaty, weakening the Clean Air Act and pushing for oil and gas exploration in the Arctic Wildlife refuge. "There are ways to develop energy and protect the environment," he said.[3]

Fleischer rejected to the suggestion that when he worked for the Bush Administration he was a spin doctor. "There are two sides to every issue. Both are entitled to their point of view and neither should be accused of spin," he said.[3]