Wisconsin lost another 1,700 jobs in December, 2011, marking the sixth consecutive month of job loss. The second half of 2011 in Wisconsin stands in dramatic contrast to consistent job growth at the national level.

The nation added 853,000 jobs over the last six months of 2011, posting steady growth of 0.7 percent of the job base. Over those same six months, Wisconsin lost 35,600 jobs, bringing the job base down by just over 1 percent. No other state lost that many jobs. (Indeed, just 13 states posted net job losses over those six months.) 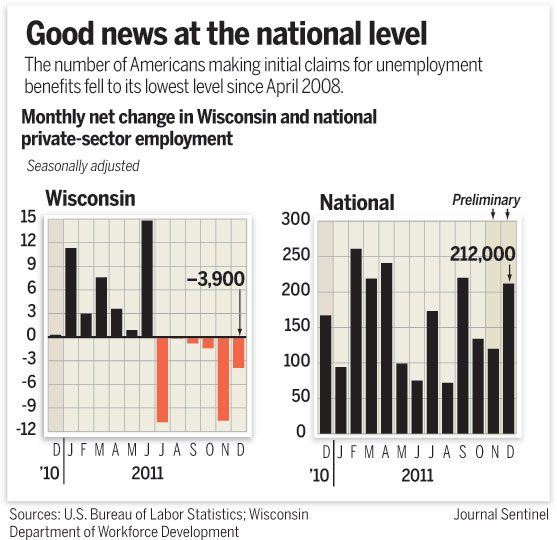