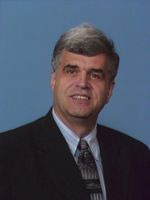 Cox is a vocal opponent of public transit and “smart growth” policies, and his consulting firm runs the website Demographia, which advocates for fewer land-use regulations, and Public Purpose, which opposes public transport. He was characterized as “pro-sprawl” by Sprawlwatch, to which Cox responded a more accurate characterization would have been "pro-American Dream." [2]

According to Wendell Cox Consultancy’s C.V, their expertise is privatization and deregulation; Cox’s work with ALEC appears to advance those ends. [3]

According to his résumé, in the late 1980’s and early 1990’s, Cox “[d]rafted model state legislation adopted by…[ALEC] on privatization of state and local government services and functions,” as well as played the role of “[p]rincipal author of a research project comparing public and private school bus operations for…ALEC.”

From 1991 through 1992, Cox served as the chief author of a “U.S. Environmental Protection Agency project to produce a state legislative handbook on public-private environmental partnerships (privatization) for [ALEC].”

From 1992 through 1995, Cox directed the State Legislation and Policy program for the ALEC. During that time period, he also served as Staff Consultant for the Competitiveness Task Force of the organization.[4]

Featured Presenter at the National Conference of State Legislatures Conference

Cox was a featured speaker at the 2009 NCSL conference, in a presentation titled, “High Speed Rail: Plans vs. Reality & Cautions.”[6][7]

He was also listed as a Health Care Task Force “Advisor” in the 1993 American Legislative Exchange Council’s “Keeping the Promise: Making Health Care Accessible and Affordable for All Americans -- A Comprehensive Health Care Plan,” manual.[8]