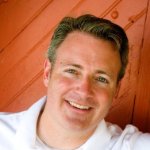 Sean Noble is the Executive Director/President of American Encore, formerly known as the Center to Protect Patient Rights (CPPR), a 501(c)4 conduit for the Koch donors network. The New York Times has described the CPPR as "one of the largest political nonprofits in the country, serving as a conduit for tens of millions of dollars in political spending, much of it raised by the Kochs and their political operation."[1]

The CPPR funneled more than $182 million in undisclosed donations to right-wing advocacy groups from 2009 to 2012, including Americans for Prosperity and the American Future Fund.[2] The Washington Post described it as a "major cash turnstile for groups on the right during the past two election cycles," because it received large amounts of money from Freedom Partners and TC4 Trust as part of the $400 million Koch political network.[3]

Under Noble's presidency, the CPPR was involved in an $11 million campaign finance money laundering scheme during the 2012 elections in California,[4] eventually reaching a settlement with the California Attorney General's Office in which it agreed to pay a $500,000 fine.[5]

According to a 2014 ProPublica report, the scandal damaged Noble: "Noble appears to have lost his central position in the Koch empire, undone by poor election results and a California investigation that shined an unwelcome light on some of the Center’s inner workings."[6]

Prior to 2009, Noble was a Congressional aide and then GOP consultant who served as the Chief of Staff for Congressman John Shadegg (R-AZ) for over a decade.[7]

Noble has been cited as a "Koch operative," who has participated in annual Koch donor meetings, speaking on issues such as voter attitudes and electoral mapping of upcoming elections.[8] Koch Industries spokesman Rob Tappan told ProPublica in 2014 that Noble "was a consultant for Koch in the past and attended Koch seminars."[6]

Some have suggested that Noble may have come into contact with the Koch brothers through consulting work for Shadegg donor Randy Kendrick, who sits on the board of the Goldwater Institute and is reportedly "close to the Koch brothers."[6] While Noble has declined to say who hired him as the executive director for the CPPR when it was founded in 2009, by 2010 he was deeply involved in the Koch network, ProPublica reported:

One national conservative operative said he heard about Noble and the Center in conversations in early 2010 about who was doing what that year. “They were going to be the primary vehicle for the Koch money, for the Koch network,” the operative told ProPublica.[6]

The Center to Protect Patient Rights and its affiliated organizations played important roles in the Koch network's 2012 election spending, and according to ProPublica "Noble was a key player in expanding the network’s complicated web of nonprofits and limited liability companies."[6] Writing about the California "dark money" campaign finance scheme, The Washington Post noted Noble's central role in helping Republican strategist Tony Russo pay for issue ads without disclosing donor names:

"[Russo] turned for help to Sean Noble, a GOP operative plugged into a national network of conservative groups. The two agreed to a money swap: Russo sent money to an Arizona group that Noble ran, in the hopes that Noble would get other organizations to send similar amounts back into California, masking the original donors.

“I said, ‘Sean, you know, I have a big hiccup in California,’ ” Russo later recounted for state investigators. “ ‘Can we support some of your national efforts and, in turn, do you have groups that can help us in California?’ That was pretty much as simple as it was.”"[9]

The CPPR was investigated along with Americans for Responsible Leadership for violating the California Political Reform Act. The two groups reached a record $1 million settlement in the case.[5]

The CPPR is now known as American Encore.

Noble has participated in a number of the Koch network's semiannual summit meetings. In 2010, Noble sat on a panel with Americans for Prosperity director Art Pope, a former right-wing legislator and founder of right-wing John Locke Foundation; GOP operative Jim Ellis, who was indicted in 2005 for an alleged scheme to use corporate political donations illegally to support candidates; and Ed Gillespie who co-founded Crossroads GPS with Karl Rove.[8] Also in 2010, Noble presented a panel entitled "Mobilizing Citizens for November" with fellow panelists: Karl Crow of Themis, a Koch Industries-backed voter database; Mark Mix of the [National Right to Work Committee], an anti-union legal and policy shop; and Tim Phillips, president of Americans for Prosperity which was founded by David Koch and Richard Fink[10] The topic of their panel was summarized as a "strategic plan" to back leaders and voters for a new administration that is committed to liberty and prosperity.

In addition, Noble was listed as a speaker for the 2011 Koch Summit in Rancho Mirage, California.

Noble has described himself as having been interested in politics at an early age.

"I was involved in politics at a very young age. As a 10 yr-old in 1980, my mom sat me down with a phone list and told me to “call these people and tell them to vote for Ronald Reagan.” It was all the Republicans in Navajo County in Arizona - and it took me less than an hour because there were so few Republicans."[11]

Since his youth in small-town Arizona, Noble has favored far-right ideas, according to ProPublica, and he joined conservative circles once he went to DC:

"In 1994, when he was 24, Noble attended Rush Limbaugh’s freshman orientation in Baltimore for the 73 Republican members of Congress who had gained office in the so-called Republican Revolution. When he was 37, Noble was among the 2,200 mourners at William F. Buckley’s funeral at St. Patrick’s Cathedral in Manhattan."[6]

In addition to his role with CPPR and Presidency of Noble & Associates, Noble owns and serves as the President for DC London, Inc., a political consulting group based out of Arizona and D.C. which shares its address in DC with American Commitment and its address in Phoenix with Free Enterprise America.[12] Noble has also been identified as a member of the board for American Commitment, another dark money 501(c)4 organization.[12]

According to his online profile on LinkedIn, Noble worked as a Consultant for the National Republican Congressional Committee from 1999-2000, as a consultant for Tom Coburn for U.S. Senate from September 2004 to November 2004, as the Victory Chairman for the Arizona Republican Party from September 2006 to November 2006, the Chief of Staff for Congressman Shadegg from January 1995-June 2008, as Consultant/Campaign Manager for John Shadegg's Friends from June 2008-November 2008, and as the President of Noble & Associates from June 2008-December 2010. [13]

According to a ProPublica report, "One of the biggest beneficiaries of the Koch network’s money was Sean Noble himself...The Center paid three firms owned by Noble almost $24 million for consulting and other services in 2012—or more than $1 of every $6 it spent."[6]

In his position as Chief of Staff to Congressman Shadegg in 2008, Noble earned $87,000 a year. But when he transitioned into his role in the nonprofit arena in 2009, Noble bought a rowhouse on Capitol Hill and an eight-bedroom home in Utah, amounting to a value of over one million dollars.[14] Court records show that he made over $2.3 million in 2011.[15]

According to FEC reports, Noble has spent over $21,350 in political contributions, naming himself with a variety of titles on disclosure forms. [19] In 2006, from his position as Arizona Republican Party "Victory Chairman," he contributed $250 to Graf for Congress. [20] In 2008, Noble made contributions to Political Committee "David Schweikert (R-AZ) for Congress" in the amount of $2000 in his position as Chief of Staff for Congressman Shadegg. [21]. Also in 2008:

Noble's contributions in 2009 to PACs for conservative candidates include:

Contributions for the 2011 election cycle include: