The Nuclear Issues portal is intended to help readers find out more about those behind the global push to revive the nuclear power and and nuclear weapons industry. It also aims to facilitate citizen journalists document the activities of the individuals, lobby groups, PR companies, trade associations and front groups promoting what has been dubbed the 'nuclear renaissance'. Every aspect of the nuclear industry will be covered from uranium exploration and mining, the nuclear power industry, spent fuel reprocessing, nuclear waste disposal and weapons proliferation.

This portal is a joint project between the Center for Media and Democracy and the U.K.-based Spinwatch. A substantial proportion of the articles in the Nuclear Issues portal originated from Nuclear Spin, a project of Spinwatch.

Article of the Week

Rebadging Nuclear Power as Clean and Green: The nuclear power industry is lobbying to have nuclear power included in the Clean Development Mechanism (CDM). The CDM -- which currently excludes nuclear power -- allows industrialized countries required to reduce greenhouse gas emissions under the Kyoto Protocol (known as Annex I countries) to invest in projects that reduce emissions in developing countries, as partial fulfillment of their obligations. A decision on whether to overturn the existing ban on nuclear power is an issue at the COP15 meeting in Copenhagen. For the full details see Clean Development Mechanism and Nuclear Power.

Spotting the wind shift: Following the defeat in late November 2007 of the pro-nuclear Prime Minister John Howard, BHP Billiton moved quickly to boost its credentials with the incoming Labor government by employing Geoff Walsh. Walsh has been a an adviser to a string of Australian Labor Party politicians and a senior party official. BHP Billiton are planning a major expansion of their Roxby Downs uranium and copper mine in South Australia. The Australian newspaper recently reported that the expanded mine would need "nearly half of South Australia's current electricity supply" to power the project. 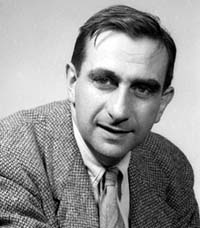 Edward Teller
In a speech at the University of Alaska in May 1959, Edward Teller, who was often referred to as the "father of the H-bomb", waxed lyrical about the prospects of using nuclear bombs for "geographical engineering". But first, he cautioned his audience, they would have to overcome "this hysteria about fallout". Teller acknowledged that fallout from "near a nuclear blast which has not been properly controlled" could be "very dangerous", but he had faith that it could be managed. "But fallout, as it occurs dispersed over the world, carefully controlled by the work of many conscientious people, this fallout contributes to radiation less than the wristwatch I am wearing on my wrist". Cited in Dan O'Nei'l's The Firecracker Boys, St Martin's Griffin, November 1995, page 90.
edit

Things You Can Do

Latest articles from the Center for Media and Democracy's PR Watch on nuclear issues and spin:

Jeers: CNN's meltdown: Right-wing TV host Glenn Beck interviewed former Greenpeace activist turned industry PR consultant Patrick Moore. No one disclosed that Moore is paid to co-chair the Nuclear Energy Institute's front group, the Clean and Safe Energy Coalition. The segment focused on Al Gore's ten-year plan to switch to renewable energy sources, which Moore called "crazy." Moore told Beck, "Hopefully, by 10 years from now, the first new nuclear plants will be coming online and, hopefully, by then we will have built more wind power so that we can turn the gas off when the wind is blowing."

Cheers: If you have a suggestion on good news to trumpet on this issue, please add it here.

BHP Billiton operates the world's largest uranium mine in the South Australian desert. The mine currently extracts 42 million litres of water a day from the Great Artesian Basin, for which it pays nothing. When the mine was being established in the early 1980's, the mining consortium persuaded the government of the day to grant exemptions to the Aboriginal Heritage Act 1988, the Development Act 1993, the Environmental Protection Act 1993, the Freedom of Information Act 1991, the Mining Act 1971 and the Natural Resources Act 2004 (which incorporates the Water Resources Act 1997). The company prefers not to comment on the deal. [2]

If you would like to help unmask nuclear spin, this is the place for you. The Nuclear Issues Portal in SourceWatch aims is to build the best information resource investigating every aspect of the much touted 'renaissance' of the nuclear industry. This project relies on citizen journalists to expand, update and create articles on topics.

If this is your first experience of a wiki, don't worry - help is at hand. To learn how you can edit any article right now, visit SourceWatch:About, SourceWatch:Welcome, newcomers, our Help page, Frequently Asked Questions, or experiment in the sandbox.

Disclosure:A substantial proportion of the articles in the Nuclear Issues portal originated from Nuclear Spin, a project of Spinwatch. Nuclear Spin was funded by grants from the JMG Foundation, Greenpeace UK, the Network for Social Change, Greenpeace International and Polden-Puckham Charitable Foundation.