Patricia Ann Henley was the Plaintiff in the tobacco personal injury case referred to as Henley v. Philip Morris (PM). She was a resident of Santa Barbara, California. 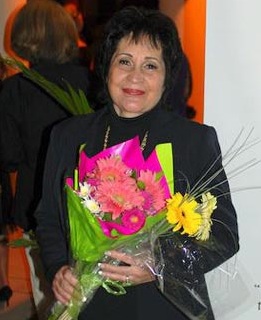 Ms. Henley smoked PM's flagship brands Marlboro and Marlboro Light for 35 years. In 1997, while in her early 50s, she was diagnosed with terminal lung cancer and given four months to live. Assisted by San Francisco bay-area attorney Madelyn Chaber, she sued PM charging that the company had intentionally targeted underage smokers and covered up mounting scientific evidence that smoking causes cancer.

On February 10, 1999, a jury in San Francisco ordered PM to pay $50 million in punitive damages to Henley, the largest jury verdict ever against a tobacco company. At the time, it was the first award in an anti-tobacco case in California, and the first case ever in the United States where punitive damages were upheld against a tobacco company. Appeals, over seven years, reduced the award to $10.5 million. Henley was a performer as a child, and used the money to form the The Patricia Henley Foundation, which assists child performers. The endeavor was finally funded in Santa Barbara in 2005 after the State Supreme Court refused to lower the judgment yet another time.

In her opening statement during the trial, Patricia’s attorney, Madelyn Chaber held up a pack of cigarettes and told the jury, “This is a case about a pack of lies.” The lawsuit charged Phillip Morris with fraud, deceit, and concealment. It ultimately proved that Philip Morris was promoting cigarettes to teens, that the company knew nicotine was addictive and cigarettes were harmful. This occurred after the seven top tobacco executives swore before Congress in April, 1994, that they did not believe cigarettes were addictive. [1][2]