The Lowndes Foundation is a 501(c)(3) exempt private foundation located in Boston, MA. The executive director, William Lowndes III, serves on the board for State Policy Network think tank, South Carolina Policy Council, and is the Chairman and CEO of Tindall Corporation, based in Spartansburg, South Carolina. Although the foundation did use to give grants to local and community organizations like schools, churches, food shelters, etc., now, the foundation almost exclusively gives funds to members of the right-wing State Policy Network. Of the $1,940,507 donated by the Lowndes Foundation from 2010 to 2012, $1,372,124 has gone to SPN Members. 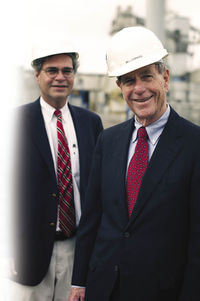 From 2010 to 2012, the Lowndes Foundation has donated just over 70 percent of all grants to members of the State Policy Network, a network of conservative think tanks and right-wing groups that works to promote conservative ideology and public policy on the state and national level. These organizations include: [3]

William Lowndes III, a director for the foundation, also serves on the board of directors for South Carolina's think tank member of State Policy Network, South Carolina Policy Council, which received the largest grant, at $440,106, from the Lowndes Foundation. The think tank describes it self as a nonpartisan organization, and says of its board of directors, "they do not want or need anything from the government!" [2]

The SC Policy Council was founded by Thomas A. Roe, who also founded the State Policy Network. The think tank focuses on making South Carolina "the freest state," by promoting free-market rhetoric and opposing "power-hungry legislators." Less regulations, lower taxes, expanding gun rights, and more are additional research and public policy projects for the think tank. A declaration from the website states their purpose: [4]

"We, the undersigned members of the Patriots Club of the South Carolina Policy Council, openly declare our commitment to making South Carolina the freest state in America. We publicly take responsibility for monitoring government, and for informing and engaging others in our communities to become equally vigilant. We will not compromise our right to govern ourselves, to prosper through our own efforts and to be free from the heavy hand of the federal government."

The Lowndes Foundation does give to organizations outside State Policy Network, but many of these organizations hold the same right-wing ideology and values as the SPN Members. These organizations include the Independent Institute, the Clemson Institute for the Study of Capitalism, and the Ludwig von Mises Institute, which seek to promote free-market ideology, limited power for the federal government, and privatization. The foundation has also given to U.S. English, an organization opposed to bilingual education and in favor of legalizing English as the language of the U.S.A.

The foundation has given to universities, such as George Mason University, Clemson University, and Hillsdale College, but each university has a center, such as the Institute for Humane Studies or the Clemson Institute, or leader, like President Larry Arnn from Hillsdale, that focuses on right-wing causes and efforts.

According to research conducted by the Bridge Project, the Lowndes Foundation has not given a grant to a community, health, or children's organization since 2004. These donations included funds to preparatory schools, churches, the Ark Youth Shelter, public libraries, the Salvation Army, medical clinics, mostly located in Spartansburg, South Carolina, or other South Carolina cities. During these years, the foundation had also contributed to political think tanks like the Cato Institute and others, but not at the levels after 2004. [5]