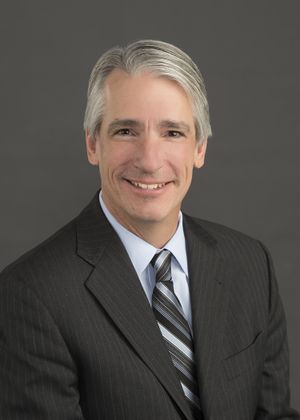 Since 2007, John Tillman has been chairman and CEO of the Illinois Policy Institute (IPI), a conservative think tank which describes itself as an "independent organization generating public policy solutions aimed at promoting personal freedom and prosperity in Illinois."[1][2]

Tillman is accredited with "leading the re-launch" of IPI. He also holds various other titles with "liberty" and "free-market" groups. Some of which are associated with the State Policy Network (SPN).[3][4] Tillman himself has been honored by both SPN and the American Legislative Exchange Council (ALEC).

An opinion piece under Tillman's name was published in The Chicago Tribune in opposition to Illinois Democratic gubernatorial candidate J.B. Pritzker around one month prior to the election. Tillman, who is described as " a small business owner [and] CEO of the Illinois Policy Institute" cites "people who study policy, such as those at the Illinois Policy Institute," to claim that Pritzker's policy agenda would "require nearly doubling Illinois’ personal income tax to almost 10 percent."

Tillman says that if Pritzker wins Democrats will take control of the state government, which is "a choice Illinois voters can’t afford to make come Nov. 6." He advocates for re-electing Gov. Bruce Rauner due to the incumbent's "demonstrated commitment to blocking tax hikes and restraining spending rather than increasing it faster than taxpayer incomes."[5]

Tillman's Liberty Justice Center worked with the National Right to Work Legal Defense Foundation to "represent Mark Janus" in Janus v. AFSCME, the Supreme Court Case argued before the Supreme Court on February 26, 2018. Mark Janus was a child support worker for the State of Illinois who did not want to pay the agency fees (also known as fair share fees) required to compensate the union representing Illinois state workers for the cost of his representation. This case is part and parcel of a coordinated legislative and legal strategy to dismantle unions being advanced in a systematic manner by an interlocking group of right-wing funders and state-based groups.

A report from the Economic Policy Institute (EPI) on those who side with the plaintiff in Janus v. Janus v. AFSCME Council 31 found "Janus, and the two fair share cases that preceded it, did not grow from an organic, grassroots challenge to union representation. Rather, the fair share cases are being financed by a small group of foundations with ties to the largest and most powerful corporate lobbies. These organizations and the policymakers they support have succeeded in advancing a policy agenda that weakens the bargaining power of workers. In Janus, these interests have focused their attack on public-sector workers—the workforce with the highest union density."[6]

LJC represented Mark Janus pro bono. EPI investigated who funds LJC and the associated IPI, "a review of LJC and IPI’s 990s provides a limited view of their financial profile, but it is clear that they survive off of the same core group of corporate-backed organizations that contribute to many political and legal fights against unions. Donors Trust, the Lynde and Harry Bradley Foundation, the Ed Uihlein Family Foundation, Dunn’s Foundation for the Advancement of Right Thinking, and the Charles Koch Institute have supported the Illinois Policy Institute and Liberty Justice Center."[6]

LJC is a part of the "a small group of people working for deep-pocketed corporate interests" which CMD's Mary Bottari outlined in her "Behind Janus: Documents Reveal Decade-Long Plot to Kill Public-Sector Unions" piece for In These Times. She writes, "those same people cheer “defunding” and “bankrupting” unions to deal a “mortal blow” to progressive politics in America." [7]

Following the ruling in the Janus case, the plaintiff was announced as "Senior Fellow" at IPI.[8]

The Sun-Times once quoted a source saying "that Tillman 'clearly has the ultimate influence [on the governor] at this point.'" Chicago Magazine said "to many, it appears that Tillman tells the governor not only what to think but whom to hire."[10]

Tillman disputes characterizations of him having significant influence of Rauner, telling Chicago Magazine stating that their relationship is one where they share a "passion of trying to help the people of Illinois have better lives," and that they "talk a lot [with one another]."[10]

Tillman was able to increase his own bottom line, parlaying a small-government message into growing paychecks for himself and other top staff members" according to a joint investigation from ProPublica and The Chicago Sun-Times. "Through an often-dizzying series of transactions Tillman and his associates have moved millions of dollars around five interconnected nonprofits they run -- while steering money to for-profit ventures they have a stake in and growing their paychecks." The investigation remarked that Tillman's "transactions raise ethical questions and could violate the federal tax code for nonprofits." [11]

This incident lead to many critiques. A former financial supporter of IPI and current Republican Illinois Governor Bruce Rauner vowed to cut ties with the organization. "I’m very troubled, very troubled by what I’ve learned. And I certainly would not give them any more money," said Rauner.[12] The Chicago Sun-Times editorial board wrote, "the arrangements smell, and we urge state Sen. Chris Nybo, a Republican, to follow through on his threat to push for investigations by the FBI and the IRS ... we have to wonder why the Illinois Policy Institute and the others nonprofits still qualify for tax-exempt status. Intentional or not, this looks like tax-dodging"[13] U.S. Rep. Dan Lipinski called upon the Internal Revenue Service to investigate IPI. [14]

Titles and Compensation as a leader of Right Wing Organizations

Amicus briefs in the Janus case were filed by the following SPN associates and affiliates:

The Franklin Center, where Tillman is the Chairman of the board, is a state affiliate of the State Policy Network. Think Freely Media is also a part of SPN.

In 2011, Tillman received the "Roe Award." SPN's "prestigious award" "pays tribute to those in the state public-policy movement whose achievements have greatly advanced the free-market philosophy. It recognizes leadership, innovation and accomplishment." SPN president Tracie Sharp said of Tillman that he has "a passion for liberty, a willingness to work for it, and noteworthy achievement in turning dreams into realities."[2]

SPN is a web of right-wing “think tanks” and tax-exempt organizations in 50 states, Washington, D.C., Canada, and the United Kingdom. As of January 2020, SPN's membership totals 163. Today's SPN is the tip of the spear of far-right, nationally funded policy agenda in the states that undergirds extremists in the Republican Party. SPN Executive Director Tracie Sharp told the Wall Street Journal in 2017 that the revenue of the combined groups was some $80 million, but a 2019 analysis of SPN's main members IRS filings by the Center for Media and Democracy shows that the combined revenue is over $120 million.[18] Although SPN's member organizations claim to be nonpartisan and independent, the Center for Media and Democracy's in-depth investigation, "EXPOSED: The State Policy Network -- The Powerful Right-Wing Network Helping to Hijack State Politics and Government," reveals that SPN and its member think tanks are major drivers of the right-wing, American Legislative Exchange Council (ALEC)-backed corporate agenda in state houses nationwide, with deep ties to the Koch brothers and the national right-wing network of funders.[19]

In response to CMD's report, SPN Executive Director Tracie Sharp told national and statehouse reporters that SPN affiliates are "fiercely independent." Later the same week, however, The New Yorker's Jane Mayer caught Sharp in a contradiction. In her article, "Is IKEA the New Model for the Conservative Movement?," the Pulitzer-nominated reporter revealed that, in a recent meeting behind closed doors with the heads of SPN affiliates around the country, Sharp "compared the organization’s model to that of the giant global chain IKEA." She reportedly said that SPN "would provide 'the raw materials,' along with the 'services' needed to assemble the products. Rather than acting like passive customers who buy finished products, she wanted each state group to show the enterprise and creativity needed to assemble the parts in their home states. 'Pick what you need,' she said, 'and customize it for what works best for you.'" Not only that, but Sharp "also acknowledged privately to the members that the organization's often anonymous donors frequently shape the agenda. 'The grants are driven by donor intent,' she told the gathered think-tank heads. She added that, often, 'the donors have a very specific idea of what they want to happen.'"[20]

A set of coordinated fundraising proposals obtained and released by The Guardian in early December 2013 confirm many of these SPN members' intent to change state laws and policies, referring to "advancing model legislation" and "candidate briefings." These activities "arguably cross the line into lobbying," The Guardian notes.[21]

The American Legislative Exchange Council (ALEC) lauded Tillman as "one of the nation’s most prominent leaders of a state-based think tank" and accredited him with "transform[ing] what many wrote off as a blue state into a place ripe for free market reform."[22]

Tillman was a speaker at the 2016 annual ALEC meeting. During his speech commended Lisa B. Nelson, telling her "You really have done an extraordinary job... many of us in Illinois watch what you have done with ALEC and admire it very much, congratulations."[23]