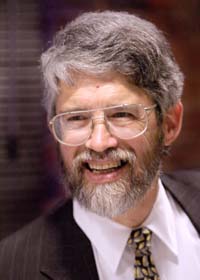 John Holdren (also sometimes referred to as John P. Holdren) is the Teresa and John Heinz Professor of Environmental Policy at the Kennedy School of Government at Harvard University and director of the Science, Technology, and Public Policy Program at the School's Belfer Center for Science and International Affairs.

In April 2009, Holdren remarked, "We are probably going to see some new nuclear power plants in this country. ... We hope they will be characterized by shorter construction times." He was speaking at an event organized by the American Association for the Advancement of Science. [4]

Holdren earned a bachelor's degree from MIT in 1965 and a PhD in plasma physics[5] from Stanford University in 1970. He taught at the University of California, Berkeley for more than two decades. His work has focused on global environmental change, energy technologies and energy policy|policies, nuclear proliferation, and science and technology policy[6]. Dr. Holdren served as chairman of the board of directors of the American Association for the Advancement of Science from February 2007 until February 2008[7](AAAS) and is director of the Woods Hole Research Center.

Dr. Holdren is the author of some 300 articles and papers, and he has co-authored and co-edited some 20 books and book-length reports, such as Energy (1971), Human Ecology (1973), Ecoscience (1977), Energy in Transition (1980), Earth and the Human Future (1986), Strategic Defences and the Future of the Arms Race (1987), Building Global Security Through Cooperation (1990), Conversion of Military R&D (1998), and Ending the Energy Stalemate (2004). Holdren favors non use of nuclear weapons to respond to chemical and biological attacks on Americans [8]

He is the chair of the advisory board for Innovations, a quarterly journal about entrepreneurial solutions to global challenges published by MIT Press.

His wife is Cheryl E. Holdren.

Wikipedia also has an article on John Holdren. This article may use content from the Wikipedia article under the terms of the GFDL.