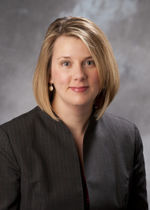 Jean Card is the Vice President of Media and Communications of the National Federation of Independent Business (NFIB) and the head of NFIB’s National Media Office, based in Washington, DC. She is a former task force director for the American Legislative Exchange Council (ALEC) from 1994 to 1996.[1][2][3] She briefly left the NFIB in 2001 to become a speechwriter for Bush Labor Secretary Elane Chao. She subsequently worked for the treasury and justice departments; then worked for the Chlopak, Leonard and Willow Creek PR firms. Willow Creek, run by her husband Noel Card, has represented NFIB and the National Restaurant Association.[1]

Jean Card returned to NFIB in September 2010 in the midst of the organization's lobbying against the Affordable Care Act. When she returned, she described her strategic priorities in this way: “We’ll be looking a lot at talk radio and outlets such as Fox News.”[1]