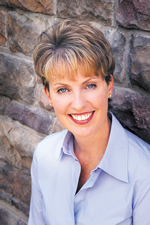 Janet Rowland is a Republican Commissioner of Mesa County, Colorado, who ran for Lieutenant Governor with Bob Beauprez in 2006. The Beauprez/Rowland ticket lost.

During a March 17, 2006 broadcast of Rocky Mountain PBS' television show Colorado State of Mind, in a discussion of a referendum to allow domestic partnerships, Rowland linked gay marriage to polygamy, incest, and marriage involving 11-year-olds when she stated:

I believe marriage is between a man and a woman. Homosexuality is an alternative lifestyle, that doesn't make it a marriage. Some people have group sex -- should we allow two men and three women to marry? Should we allow polygamy with one man and five wives? For some people, the alternative lifestyle is bestiality -- do we allow a man to marry a sheep? I mean, at some point, you have to draw a line ... What if someone -- let's say, what if someone's 'line' is a cousin? What if they want to marry a cousin or an aunt or an uncle? What if it's an adult with a child? Why do we say you have to be 18 to get married; why can't 11-year-olds?[1]

A number of Colorado newspapers failed to report on Rowland's comments on homosexuality when she was selected as Beauprez's running mate shortly after she made her comments. The papers that chose to omit the comments included the Colorado Springs Gazette, the Pueblo Chieftan, the Fort Collins Coloradoan and the Durango Herald. The Denver Post and Rocky Mountain News both ran articles that contained information on the comments.[2] [3]