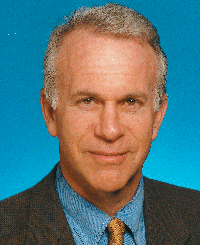 James K. Glassman is the founding executive director of former president George W. Bush's "action-oriented think tank," the George W. Bush Institute, which will be located at Southern Methodist University in Dallas, Texas, along with Bush's presidential library. [1] After accepting the think tank position, Glassman told the Dallas Morning News that he was "a serial entrepreneur in the public policy space." [2]

Glassman was the founder and long-time "host" of Tech Central Station, a corporate-sponsored, Internet opinion site published by the Republican firm DCI Group until October 2006. [1] He is best known for his prediction that the Dow Jones Industrial Average would reach 36,000 during the last bull market. He was a bit high.

A former employee complimented Glassman by saying: "He's conversant in many different topics ... and he also knows how to talk like an expert on something even if he doesn't know anything about it."[7]

In April 2007 a White House media release announced that "the President intends to nominate James K. Glassman, of Connecticut, to be a Member of the Broadcasting Board of Governors, for the remainder of a three-year term expiring 8/13/07 and an additional three-year term expiring 8/13/10." President Bush also nominated Glassman to be BBG Chair, to replace controversial Chair Kenneth Tomlinson.[9]

In an August 2007 interview, Glassman said of his role as BBG Chair: "I am, first and foremost, a journalist. I have worked in newspapers, magazines, Internet, and television for nearly 40 years. The BBG's entities cannot perform their functions unless they are rock-solid, hard-core journalistic organizations. So, one way I can contribute is to help build and enforce high journalistic standards." [10]

In a September 2007 Wall Street Journal op/ed, Glassman referred to U.S.-funded international broadcasting as not "propaganda," but "journalism with purpose." In particular, he presented Middle East broadcasts as important to winning "hearts and minds" in the region:[11]

"In Iraq alone, 71% of adults tune in each week to Alhurra and Radio Sawa, both broadcasting 24 hours a day. Before 9/11, neither of these networks existed. Radio Sawa, which took over in 2002 where the Voice of America's Arabic radio broadcasts left off, uses an approach that mixes a well-researched music format with news and public affairs to appeal to the vast younger audiences in a region where two-thirds of the people are under 30 years old."

"Alhurra has been running stories that jihadist-leaning media like Al Jazeera often ignore or distort. When President Bush spoke at the National Islamic Center in Washington, Alhurra covered it live. Recently, Alhurra has reported on freedom of the press in Yemen and allegations of torture of suspects by the Egyptian police; it has also held televised Town Hall Meetings in Washington and Cairo examining the impact of terrorism throughout the world."

In July 2003, Glassman was named as a member of the "Advisory Group on Public Diplomacy in the Arab and Muslim World," which was chaired by Ambassador Edward Djerejian.[12] Members volunteered three months of their time, and in October 2003 released a report titled, "Changing Minds, Winning Peace: A New Strategic Direction for U.S. Public Diplomacy in the Arab & Muslim World (PDF)."

In December 2003, after touring the Middle East and other Arab countries as part of the Advisory Group, Glassman told the New York Times: "I was really shocked by the level of animosity over our policies toward Israel and the Palestinians, even in places like Turkey." [13]

In a February 2005 column, Glassman defined public diplomacy as "the promotion of the national interest by informing, engaging and influencing people around the world. ... Of course, policy counts most, and many foreigners simply disagree with our policies - in Iraq, on the environment, on trade. But we have a better chance of winning them over if we explain ourselves well." [14]

In an October 2008 "exit interview" about his time as Undersecretary of State for Public Diplomacy and Public Affairs, Glassman said, "I have definitely put more emphasis on ideological engagement, or the war of ideas" than his predecessors. He admitted there are problems with the phrase "war of ideas," explaining: "What we're talking about is engaging at the level of ideas rather than at the level of gunpowder. But there is the implication of 'us' against 'them', which we're trying to get away from, frankly. We think our enemies have this maniacal view of the world where there are just two sides. And our view of the world is, in fact, quite different. What we're saying is that there is one pursuit that we are adamantly opposed to and that involves using violence to impose your will on other people, and killing civilians in the process. Whereas the rest of it, the other alternatives, are manifold and glorious. We think that individuals have lots and lots of choices and it should be left to their imagination and free societies to make those choices." [15]

Now is the time for Congress to vote a substantial tax on gasoline at the pump. The reasons for the good timing are obvious: Gas prices are relatively low, and there's a war going on that the US, one way or another, will have to pay for.

While the primary reason for that war is to stop aggression and to demonstrate to the world the importance of the rule of law and humanity, there's little doubt that its urgency has been increased by the small matter of petroleum.

In an April 2003 column in Capitalism Magazine, Glassman ridiculed the "Stop the War on Iraq" peace protests planned that month. He wrote: [17]

Actually, the military might and presidential resolve of the United States are already stopping the war in Iraq. Stopping it by destroying its regime. This is not what Sean Penn, Michael Moore, Susan Sarandon, Howard Dean, Jacques Chirac, Jude Wanniski, Pat Buchanan, Wallace Shawn, Robert Novak and their pals had in mind, but it is the best way to end a war - by defeating an enemy that threatened the peace of the world, a regime that oppressed, tortured and killed its own people.

Glassman went on to call the protesters "clueless," saying "they should be apologizing" because:

Before the war, they told us that 500,000 Iraqis would be killed in Dresden-like bombing, that we would precipitate an eco-catastrophe by pushing Saddam to set fire to his oil wells, that millions of people would flee the country, that thousands of our own troops would be killed, that the Arab "street" would rise up, that terrorist attacks would resume ferociously on our homeland, that Iraqis would tenaciously resist our colonization of their land, that we would become bogged down in urban warfare, and on and on.

In fact, none of that has happened. It has been a war unmatched in history, with relatively few civilian and allied casualties and the prime objectives - control of the capital and the destruction of Saddam's regime - achieved in only a few weeks.

Glassman has argued against a federal excise tax increase on cigarettes by concluding that smokers actually save society money by dying earlier than nonsmokers. In a 1998 article in the Weekly Standard, Glassman wrote:

"Understand that careful analysis by Harvard's Kip Viscusi and other scholars has found that, already, smokers save society 32 cents per pack, because they die earlier and don't incur Social Security costs. Taxes, on average, provide another 53 cents. So, someone smoking a pack a day already contributes about $310 a year to the general welfare..."[18]

In a March 2003 column on investing, Glassman cautioned: "While the most likely reaction of the markets to the start of military action in Iraq is a rise in stock prices, it's far from sure." He went on to praise tobacco company stock: [19]

A standout is Altria Group, the new name for Philip Morris Cos., which makes cigarettes (Marlboro, Benson & Hedges) and owns 84 per cent of the world's second-largest food company, Kraft (Maxwell House, Jell-O). Altria trades at a price-to-earnings ratio of less than eight and yields 6.6 per cent. Clearly, tobacco companies carry risks, but profits have been rising year after year, and the dividend has gone from 21 cents US a share in 1986 to $2.56 US currently.

In a September 2005 editorial for the Financial Post, Glassman wrote that, with regards to Hurricane Katrina, "the response of environmental extremists fills me with what only can be called disgust. They have decided to exploit the death and devastation to win support for the failed Kyoto Protocol, which requires massive cutbacks in energy use to reduce, by a few tenths of a degree, surface warming projected 100 years from now."

He continued, "Katrina has nothing to do with global warming. Nothing. It has everything to do with the immense forces of nature that have been unleashed many, many times before and the inability of humans, even the most brilliant engineers, to tame these forces." [20]

Glassman's biographical note on the AEI website lists his professional career as:

Note: Many of the articles posted to the AEI website list the publication date as January 1, 2000. However, it appears this relates to the date of posting to the web, not the original date of publication.