GFC Foundation is a 501(c)(3) private foundation founded by Gaylord Swim in 1941, and is based in Orem, Utah. His son, Stan Swim, is the current president of the foundation. GFC stands for God, Family, County, and in turn, serve as inspiration for which organizations receive grants from the foundation. The foundation's mission statement includes, "to bless the lives of God’s children by fostering faith in God and that faith’s practical application in daily life, to strengthen the natural family as the incubator and fundamental unit of the good society, and to defend and advance the cause of freedom under law as the framework under which the first two objectives can best be realized.”[1] 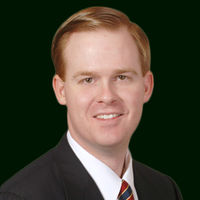 The largest contributions from the GFC Foundation have gone to the Sutherland Institute, a conservative think tank and a member of the State Policy Network, a large network of like-minded conservative groups working to shape public policy and opinion, and DonorsTrust, a conservative non-profit organization designed to give donors the opportunity to split a sum of funds between separate accounts while hiding the true donor. The largest contributors to DonorsTrust include the Knowledge and Progress Fund, a Charles Koch-run organization, and other conservative family foundations, such as the Richard and Helen DeVos Foundation, Donald & Paula Smith Family Foundation, and more.

Swim described the investment GFC Foundation has in the Sutherland Institute in an article for Philanthropy Roundtable, “It is somewhat unusual in the state think-tank community in its emphasis on social (family, religion) policy, but again, Dad viewed the social and fiscal frameworks as inseparable. Sutherland has matured a lot in the past half-dozen years or so, and is making a solid impact here in Utah. It has been one of GFC’s largest projects, both in terms of dollars and man-hours.” [1] According to their tax filings, the GFC Foundation has donated $1.45 million to the Sutherland Institute since 2010.

Some smaller contributions have also been given to Philanthropy Roundtable, a 501(c)(3) organization created by the Bradley Foundation to facilitate grant-making to conservative and right-wing causes.

In addition to supporting their conservative causes, many of the foundation's include organizations working to better families and marriage, such as the Marriage Law Foundation, and the Ruth Institute, improve private schools such as the American Heritage Schools in Utah, in addition to smaller donations to a variety of local organizations in Utah such as Children First Utah and the Utah Festival Opera. However, their largest donations go to conservative think tank and advocacy groups such as the Sutherland Institute, associated with the State Policy Network, and DonorsTrust.

The GFC Foundation has also extensively donated to the American Heritage Schools, a private school system in Utah that was bankrupt before receiving a grant from the foundation. The school promotes the principles of "religion, liberty, morality, and patriotism." [1]

Since the foundation's contributions, the school has improved its test scores, ahead of the public schools in the area:

Looking at the 2005-06 school year, American Heritage’s eighth grade students had an average standardized test score in the 90th percentile, compared to 63rd percentile for the local public school district. In October 2008, American Heritage’s 10th graders scored higher than the national average in English, mathematics, reading, science, and composite scores. Meanwhile, the cost (tuition plus capital) per pupil at American Heritage was about $1,000 less than at the local public schools. “It was a conscious choice on GFC’s part to fund capital expansion of the school so that more families could attend,” explains Stan Swim. “Tuition does not carry our physical plant. It does fully cover operations.” [1]