The Faith and Freedom Coalition is a right-wing christian political group created by Ralph E. Reed. The group was launched in 2009 with the intent of bridging the divide between Fiscal and Social conservatives. It was explicitly modeled off the Christian Coalition, which Reed was president of from 1989-1997. Reed has described the organization as "a 21st century version of the Christian Coalition on steroids." [1] 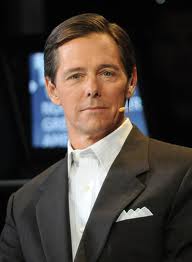 Ralph Reed is the founder of the Faith and Freedom Coalition

As a 501(c)4 nonprofit organization, the Faith and Freedom Coalition is ostensibly a "social welfare" organization and does not have to disclose its donors. It can accept unlimited amounts of money, and can spend a limited amount of money to influence elections. It is even possible for the Faith and Freedom Coalition to move anonymous money to SuperPACs and other political groups, effectively concealing the source of the money. [1]

The Faith and Freedom Coalition is a major client of Century Strategies, a public relations firm that Reed founded and still manages [1]

Reed left the Christian Coalition during its decline. In 1997, the coalition was under investigation by the FEC for carrying out direct electioneering activities. The Christian Coalition's chief financial officer, Judy Liebert was also suspicious of Reed due to potential overbilling by by Ben Hart, a direct-mail vendor with close ties to Reed. While the investigation against Reed was underway, he left the coalition to become a lobbyist, working primarily to further the gambling interests of Native American-run Casinos. [1] Reed's lobbying work made him a player in the Jack Abramoff Indian Lobbying scandal in 2004, he was implicated, but never charged with a crime. [2] Reed formed the Faith and Freedom Coalition in 2009 to focus more on get-out-the-vote efforts, and outreach to minority and low income groups. In Reed's words: "It's got to be more brown, more black, more female, and younger. It's critical that we open the door wide and let them know if they share our values and believe in the principles of faith and marriage and family, they're welcome." [3] Reed has had a long history of micro-targeting values voters, a strategy that was instrumental in his failed attempt to become lieutenant governor of Georgia in 2006. [4]

Reed prides himself on his ability to microtarget and mobilize White, conservative Christian voters. ""I want to be invisible." He told the Norfolk Virginia Pilot in 2006. "I do guerrilla warfare. I paint my face and travel at night. You don't know it's over until you're in a body bag. You don't know until election night." [5]

The Faith and Freedom Coalition was very active in the 2012 attempt to recall Governor Scott Walker of Wisconsin. During the recall, the Faith and Freedom Coalition claims to have mobilized hundreds of thousands of voters through text, voice, and email messages. The FFC contracted with Millenium Marketing, a company controlled by Century Strategies. Reed is the CEO of Millennium marketing. [1] Faith and Freedom's coalition's voter guides were distributed in churches, as well as online, and highlight differences in the candidates positions on Abortion, gay marriage, and parental choice in education. The guides also touch on fiscal issues, including elimination of the estate tax (which the guide calls the "death tax") and opposing "any new taxes on Wisconsin families". [1] The FFC also canvassed voters door to door. [1]

The Faith and Freedom coalition referred to their activities in Wisconsin as "Voter Education", and boasted that they distributed over 100,000 voter education guides to churches throughout the state. The FCC was very vocal in their support of Scott Walker. In a press release days before the recall, Reed said: "The attempt to recall Governor Scott Walker, Lt. Governor Rebecca Kleefisch, and these state Senators is a power grab by public sector union bosses and attempts to reverse the outcome of a duly held election in Wisconsin. We support Governor Walker’s common-sense reforms to deal with the budget deficit he inherited, and our campaign guarantees we will have a large faith-based and conservative vote on June 5." [6]

Despite directly advocating for a candidate, The Faith and Freedom Coalition did not report their expenditures to the Wisconsin General Election Board.

Walker was a major speaker at the FFC's 2012 Republican National Convention rally. Walker was interrupted by protestors who drowned out the introduction of his speech with chants of "Walker hates Workers!" and "USA!". [3]

The Faith and Freedom Coalition's 2011 Conference in Washington DC featured talks by every major candidate in the 2012 Republican Primary. Haley Barbour and Donald Trump also spoke at the conference. [7] Trump used his speaking time to stoke fears that Barack Obama's birth certificate was illegitimate, and called on American Soldiers in Iraq to "take the Iraqi Oil Fields and repay ourselves for the more than $1 Trillion spent in liberating Iraq". [4]

In an interview with the Huffington Post on June 14th, Reed claimed that groups like the FFC had succeeded in pulling Romney to the right in the 2012 election year: "On the life issue. He came our way." [8]

At a speech before the 2012 Republican National Convention in Tampa, Reed boasted that his organization had recently sent out over a million mailers, and planned to distribute over 30 million voter guides. [9] FFC's congressional voter guide is available on their website. The guide is ostensibly nonpartisan, and can be distributed in churches. However, it lists "Repealing Obamacare" as a top priority, along with supporting the Budget plan developed by Paul Ryan, Reversing the presidential ban on Off-Shore Drilling imposed by Barack Obama, and implementing a balanced-budget amendment. The guide also contains traditional values-voter criterion such as upholding the Defense of Marriage Act, ended taxpayer funded abortions, and upholding "In God We Trust" as the official motto of the United States of America. [5]

The Faith and Freedom coalition was first active in the 2010 midterm election. In September of that year, they held their first conference in Washington, D.C. Though they were a small group, the conference featured talks by many prominent conservative strategists including Karl Rove and Newt Gingrich. The most prominent politician to attend was Bob McDonnell.

Connection to Other Political Organizations

Ties to Americans for Prosperity