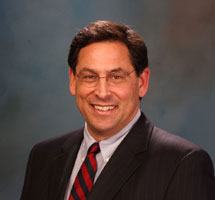 An attorney by training, Nicoli began his law career in 1983 as a litigation associate at Skadden, Arps, Slate, Meagher & Flom in New York. He went on to work for the firms of Hughes, Hubbard & Reed and Arnold & Porter in Washington, DC. At both of these firms, David represented a number of Fortune 500 corporate clients in civil and criminal litigation.

During his time at PM, Nicoli helped organize and coordinate the company's lobbying activities to fight tobacco-related public health legislation. In his job in PM Federal Government Affairs office, he was charge of grassroots mobilization for PM, and his activities included mobilizing tobacco industry allies to whom PM had contributed money, organizing employee letter writing campaigns to oppose federal tobacco control legislation, coordinating with R.J. Reynolds, the National Smokers Alliance and the Tobacco Institute to assure that these organizations' various activities complimented, rather than duplcated PM's efforts to fight public health legislation.[1][2]

In 1993 Nicoli helped PM fight a legislative initiative by House Rep. Henry Waxman to require cigarette warning labels to cover 25% of the package, a measure that was already employed in several other countries.[3][4]

In 1995, Nicoli was involved in organizing smokers to protest efforts by the U.S. Food and Drug Administration (FDA) to assert jurisdiction over tobacco products.[5]

After approximately 13 years helping PM organize efforts to defeat public health legislation, on May 25, 2004, it was announced that David Nicoli would become Vice President of Communications and External Relations at AstraZeneca U.S., a pharmaceutical company that manufactures medications to treat cardiovascular and respiratory diseases and cancer.