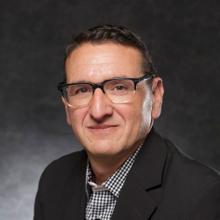 David Dayen is an investigative journalist whose work has appeared in the American Prospect,[1] Huffington Post,[2] The Intercept, [3] The Nation[4] and The New Republic.[5] He is the author of Chain of Title: How Three Ordinary Americans Uncovered Wall Street's Great Foreclosure Fraud, which won New Republic's Studs and Ida Terkel Prize in 2016.[6]

A 2018 Dayen piece explained that employees at the Mercatus Center used a private email server, protecting emails from being searched as public records. In this piece Dayen discussed the connections between the Koch brothers, the Institute for Humane Studies, and George Mason University.[7]

A 2016 article pointed out the fact that the Committee for a Responsible Federal Budget was repeatedly cited during 2016 presidential and vice presidential debates. The piece ran down the list of billionaire Peter Peterson's various faux-grassroots attempts to cut social programs in the name of deficit reduction. Dayen highlighted America Speaks, one such attempt which organized town hall meetings and videos in an effort to frighten Americans into reducing social programs to curb the debt.[8]

Dayen studied at the University of Michigan.[10]

Dayen is the executive editor of the American Prospect.[1]