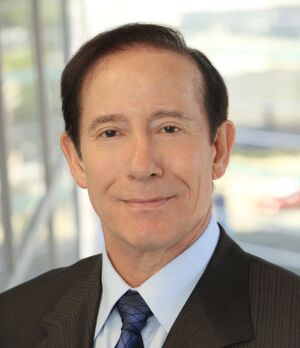 Adam Milstein is a millionaire real estate investor, as well as a "prolific donor to right-wing"[1] and pro-Israel causes. Milstein is a co-founder and National Chairman of the Israeli-American Council, a board member at the "Israel on Campus Coalition, StandWithUs, Hasbara Fellowships, and Jewish Funders Network. Alongside his with, Gila Milstein, he founded the The Milstein Family Foundation which "supports a range of Pro-Israel organizations."[2] Milstein is a vocal opponent of the Palestinian-led Boycott, Divestment, Sanctions (BDS) movement which he calls a "campaign of hate" and "a menace that must be contained today, before it alters our society’s moral compass and threatens the values and freedoms at the heart of our very way of life."[3]

Milstein was born in Haifa, Israel and served in the IDF during the Yom Kippur War.[1][4] He lives in California and is a managing partner with Hager Pacific Properties, where he oversees the "firm’s financing, disposition and property management."[4]

In 2009, Milstein's net worth was $147 million. Through the Milstein Foundation, he has backed groups that have "pushed controversial state laws that crack down on BDS supporters by prohibiting contracts from going to companies and individuals that boycott Israel." Liz Jackson, an attorney at Palestine Legal, said Milstein is unique in the fact that he seems "proud of such aggressive, anti-speech tactics to suppress people of color.”[1] In Milstein's own words, the mission of the foundation is "to strengthen the state of Israel."[5]

Tweets about Rep. Tlaib and Omar

Milstein has accused Rep. Ilhan Omar, one of the first two Muslim-American women elected to Congress, of being a “terrorist" citing an exposé from Glenn Beck.[6] Milstein has additionally called Omar "antisemitic [and] anti-Israel"[7] citing a Daily Wire article. Rep. Rashida Talib, Omar's fellow first Muslim-American woman elected to Congress, has also been a target of Milstein's tweets. Milstein "questioned" Omar and Tlaib’s loyalty to the United States and accused them of "having links to the Muslim Brotherhood," which The Intercept calls "a tired trope popular among anti-Muslim bigots."[1]

Going "on the offense" against the BDS movement

Milstein has said "BDS is anti-Semitism" and conflates the Israeli state with the Jewish people stating "BDS is anti-semitism, [a] boycott against Jews." When asked how to combat the BDS movement -- "the Palestinian-led movement that targets Israel over its military occupation of Palestinian land, building of illegal settlements, and denial of Palestinian refugee rights"[1] -- Milstein said that "we need to think outside the box," "go on the offense," and "we need to go on the attack"[8]

According to the Intercept, Milstein has spent a minimum of $4.4 million in donations to groups in both the United States and Israel "that work to solidify the U.S.-Israel alliance and harshly attack critics of Israeli policy."[1] Examples given of this work include:

Reviews of tax filings by the Intercept found that between 2004 and 2016, Milstein's foundation gave the following amounts in donations:[1]

Data from The Center for Responsive Politics shows that Milstein has given to the following politicians since 2005 as well as many others.[1][10]