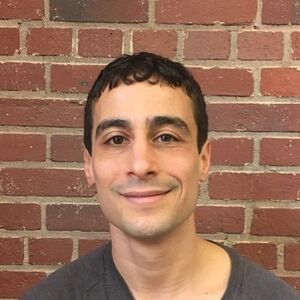 Aaron Maté is an American journalist who writes for The Nation[1] and The Grayzone,[2] where he has hosted Pushback with Aaron Maté since July 2019.[3] He has contributed to Al Jazeera English,[4] Democracy Now!,[5] The Intercept[6] and VICE News.[7]

After special council Robert Mueller found no evidence of collusion between members of Donald Trump's campaign and the Russian government, Maté released a video, saying "As some of us have been arguing... this Trump/Russia conspiracy theory was not only baseless, but it was extremely dangerous: it was distracting us from Trump's actual policies, it was channeling liberal resistance to Trump into faith into a conspiracy theory, faith into Robert Mueller uncovering it, all the while... disempowering actual efforts to take Trump on for all he did and... taking away the attention that could have been paid to the serious damage that he has been doing."[8]

Concluding his video, Maté sharply criticized "liberal elite" proponents of the Trump/Russia collusion theory, saying "It's a reminder why we can't put our faith in liberal elites to mount a real resistance when really, they've shown again and again that instead of looking at their own selves and doing honest self-reflection, they're most interested in sustaining their own privilege. The election of Donald Trump was a threat to their own privilege because a) they lost to him when they shouldn't have and b) Trump ran as a working-class champion– he conned enough people in the right states into believing that he would fight for the working class. And for Democrats to really challenge that and pose an alternative would have meant posing a challenge to the same corporate interests that they represent. They didn't want to do that. They didn't want to acknowledge their own failures in that election and so, they doubled down on this conspiracy theory and they've prioritized it above all else."[8]

In a 2017 article, Maté criticized Maddow for her overwhelming focus on issues related to Russia and Trump: "In the six-week period we reviewed, Maddow covered Russia not just more than any other issue, but more than every other issue combined. The contrast is particularly striking when comparing the amount of time that speculative Russia stories received versus critical non-Russia issues."[10]

Maté has been interviewed several times to comment on Russiagate and the Mueller Investigation.[11][12][13][14][15]