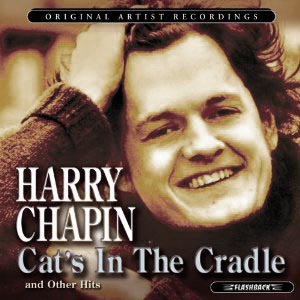 WhyHunger is a grassroots-supported organization that was founded in 1975 by the late musician Harry Chapin and WhyHunger's current Executive Director Bill Ayres. WhyHunger seeks to build a movement to end hunger and poverty by connecting people to nutritious, affordable food and supporting grassroots solutions to these problems that inspire self-reliance and community empowerment. In 2012, the group works with over 8,400 community organizations and operates national hunger hotlines, 1-866-3HUNGRY, or 1-877-8HAMBRE, that people can call for help finding nutritious food wherever they live.[1] [2]

In September 1973, musician Harry Chapin was a guest on my ABC radio network show 'On This Rock'. On air, we shared our sadness and anger at the rampant hunger and poverty so prevalent around the world and in our own backyards. After the show Harry invited me to his house for dinner, during which I suggested that we put together a concert to benefit the millions of people who were starving in Africa at that time. Harry's response: "I'm no George Harrison, but let's give it a try." We began organizing a large scale concert with the United Nations, but never got it off the ground. What we learned was a very valuable lesson. Even if we had succeeded and raised a million dollars with the concert and then raised a million each night for a year it would still have been only a drop in the bucket. We realized that, to truly affect change, we needed a lifelong commitment to ending hunger starting right here in the USA. We needed to support local solutions to this global problem. We needed to look at the root causes of hunger. And we needed to find a way to help people to break out of the cycle of poverty. That, in a nutshell, is how we founded WhyHunger (formerly World Hunger Year) in 1975. Just as the organization was picking up speed, Harry died in a tragic auto accident in 1981. Most people thought WhyHunger would die with him but his family, friends, fans and the music community made sure that did not happen. WhyHunger has continued the tradition that we started by staying focused on several fundamental principles: working together to combat the root causes of hunger, poverty and injustice, supporting grassroots solutions and promoting self-reliance.[3]