I am an intern at the Sunlight Foundation, focusing specifically on Congresspedia.org. I'm a 2007 graduate of Connecticut College, where I majored in East Asian Studies and Government, and am currently living in Washington D.C., though my hometown is Larchmont, New York.

Along with making regular front page headline updates and keeping various legislative information up to date, I have focused on the following legislation pages:

On Sunday, Rep. Bob Filner (D-Calif.) joined the ranks of the ever-growing group of members of Congress under investigation after allegedly assaulting an airport employee at Dulles airport.

Unlike the other members under investigation, almost all of whom are being scrutinized for shady connections with lobbyists, corruption, and general ethics violations, Filner is the only one being looked at for an old fashioned violent crime, though his office denied the allegations, stating “...the story that has appeared in the press is factually incorrect-and the charges are ridiculous.”[1]

According to witnesses, Filner became upset after his luggage was misplaced and had pushed aside an airport employee's arm as he made his way into an restricted baggage area, yelling "You can't stop me." After the incident, the employee decided to file the assault charges.[2]

The story was only one of many recent instances where members of Congress seemed to expect special treatment, as Rep. William Jefferson (D-La.) diverted National Guard resources to salvage personal items during Hurricane Katrina, and Rep. Don Young (R-Alaska) snapped at a fellow legislator for looking to cut some of what Young called "my money" out of a bloated spending bill. All representatives in question seemed to forget that as elected officials, they are always under public scrutiny, and though they wield considerable power, they cannot get away with behaving like spoiled children.

On July 11, Sara Taylor testified before the Senate Judiciary Committee, revealing some new information, though repeatedly withholding information based on the executive privilege claim. After her testimony, it was announced that Harriet Miers would not appear before the House Judiciary Committee, as it was argued that her testimony would be protected under executive privilege.[9] Representatives John Conyers and Linda Sanchez (D-Calif.) responded to the claim, arguing “We are aware of absolutely no court decision that supports the notion that a former White House official has the option of refusing to even appear in response to a Congressional subpoena... To the contrary, the courts have made clear that no present or former government official — even the president — is above the law and may completely disregard a legal directive such as the Committee’s subpoena... A refusal to appear before the Subcommittee tomorrow could subject Ms. Miers to contempt proceedings.”[10] Following the refusal, the Judiciary Committee's Subcommittee on Commercial and Administrative Law voted that White House claims to immunity and executive privilege were invalid.[11]

On August 1, the White House claimed executive privilege again on the testimony of Karl Rove and Scott Jennings.[12] Just as it occurred with Harriet Miers and Sara Taylor, Karl Rove did not appear before a Congressional Judiciary Committee, while Jennings did. In Jennings's testimony on August 2, however, he refused to answer many of the most basic questions, such as his role in the selection of U.S. attorney nominees.[13]

Members of Congress on Alberto Gonzales

Notable statements from non-members of Congress 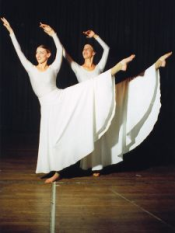