From SourceWatch
< Portal:Water
Jump to navigation Jump to search

Josh Fox is the director of the groundbreaking documentary Gasland. In the film, Fox unmasks shocking revelations--water that can be lit on fire from the sink faucet, chronically ill residents of drilling areas from disparate locations in the U.S. all with the same mysterious symptoms, huge pools of toxic waste that kill cattle and vegetation well blowouts, and huge gas explosions consistently covered up by state and federal regulatory agencies. More information on Josh can be seen on the Gasland website. 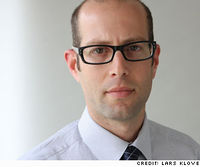 Abrahm Lustgarten is an investigative reporter for Pro Publica, a nonprofit investigative journalism news organization. Lustgarten's reporting on fracking has been instrumental in uncovering a plethora of information about "natural" gas drilling in the Marcellus Shale. His work on the issue has been compared to that of journalist Jeremy Scahill on the wrongdoings of Blackwater. Lustgarten was a 2009 recipient of a George Polk Award for Environmental Reporting for documenting the deadly side effects of hydrofracking. Lustgarten's reporting on the Marcellus Shale can be seen on the Pro Publica site. He can be followed on Twitter at @AbrahamL.

Mark Ruffalo is an outspoken anti-drilling activist, as well as an actor, most famous for his roles in the movies Eternal Sunshine of the Spotless Mind, Zodiac, Shutter Island, The Kids Are All Right, Just Like Heaven, Rumor Has It and You Can Count On Me. As an activist, he has been noted for his tenacity in fighting against fracking in the Marcellus Shale. As a result, Ruffalo was placed on a terrorist watch list by the Pennsylvania Office of Homeland Security after showing a screening of the movie Gasland at a public forum in Pennsylvania. This was reported by both the San Francisco Chronicle and Time Magazine. Many of his articles in opposition to fracking can be seen on the Huffington Post website. He can be followed on Twitter at @mruff221.

Sandra Steingraber is an acclaimed ecologist and author of “Raising Elijah” -- a book on how to raise a child in an age of environmental hazards. In 2011, the author won a Heinz award -- which recognizes individuals for their contributions in areas including the environment -- for her work on environmental toxins. She dedicated the $100,000 prize to the fight against fracking. In response to receiving the award, Steingraber describes why the fight against fracking is a top priority: "Fracking turns fresh water into poison. It fills our air with smog, our roadways with eighteen-wheelers hauling hazardous materials, and our fields and pastures with pipelines and toxic pits... The bodies of my children are the rearranged molecules of the air, water, and food streaming through them. As their mother, there is no more important investment that I could make right now than to support the fight for the integrity of the ecological system that makes their lives possible."