From SourceWatch
< Portal:Wage Crushers
Jump to navigation Jump to search 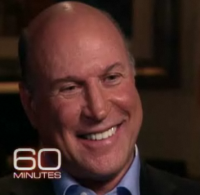 Front groups, phony think tanks, and attack-dog websites are popular tools for the wage crushers. Front groups create the appearance of grassroots support that is in fact engineered by lobbyists and PR flacks. The most notorious generator of front groups is Richard Berman, President of the PR firm Berman & Co..

Dubbed "Dr. Evil" by 60 Minutes, Berman props up phony "think tanks" like the Employment Policies Institute -- which is operated out of his office -- and misleading websites like MinimumWage.com. Plus he develops endless attack-dog websites like ROCexposed.org, which attacks restaurant workers standing up for higher wages.