At age 25, Lance Armstrong was diagnosed with testicular cancer. By the time his illness was diagnosed, the cancer had spread to his abdomen, lungs and brain. He received treatment at Indiana University Medical Center from October to December, 1996. While in the throes of his illness, he created the Lance Armstrong Foundation as an anti-cancer and cancer support group.

Armstrong eventually made a full recovery and went on to win the Tour de France a record seven times, fewer than three years after being diagnosed with cancer.[1]

The annual American Century Championship Golf Tournament is a fundraiser for the Livestrong Foundation. The Tournament attracts a large number of major sports figures, including "NBA Legend" Michael Jordan, hockey Hall of Famer Wayne Gretzky, Charles Barkley, Mike Shanahan, John Elway and others. The event is held in Lake Tahoe. A May 21, 2009 press release for the event says "Livestrong Global Cancer Campaign Shares Center Stage with Celebrities and Athletes at American Century Championship." [2]

At the 2009 Tournament, Michael Jordan, the celebrity who arguably drew the most attention at the event, was repeatedly photographed smoking cigars, even though smoking is well-established as a major cause of cancer and other diseases. Photos of Jordan with a cigar in his mouth made the covers of major area publications. The cover of Lake Tahoe Action magazine had a cover photo of Jordan with a large cigar in his mouth with the caption, "Which celebrity will smoke the victory cigar?" Another photo of Jordan smoking appeared on the cover of the Tahoe Daily Tribune. Photos of Jordan smoking at the event were also posted on Web sites and blogs.[3] 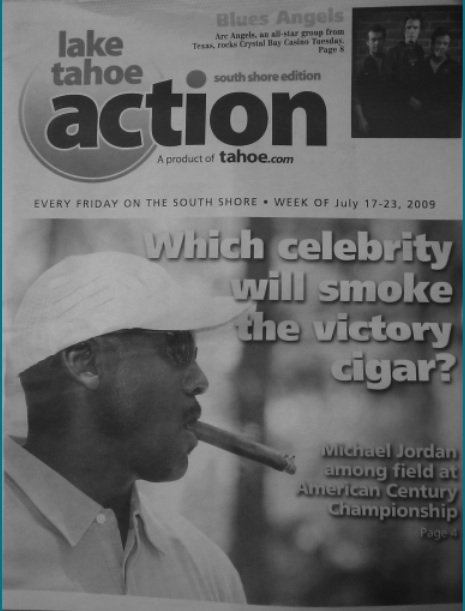 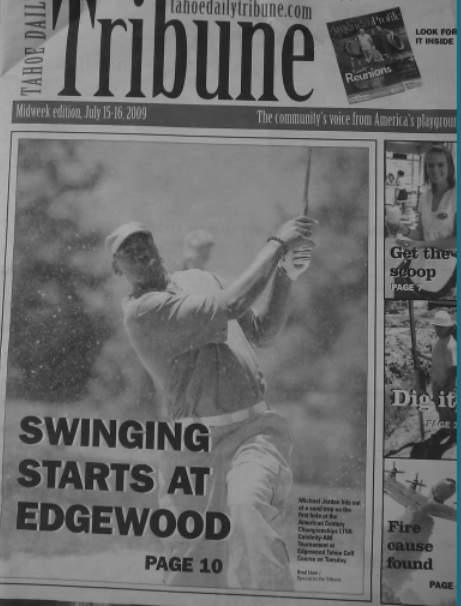