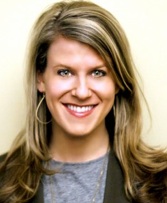 Before founding the PR firm, Hamel was Deputy Assistant U.S. Trade Representative (USTR) for Public and Media Affairs, and was the spokeswoman on trade for the George W. Bush Administration. While at USTR, Hamel planned media events for U.S. Trade Representative Susan C. Schwab. Hamel helped craft and carry out the longest-running White House PR campaign ever, promoting passage of free trade agreements which tend to send jobs overseas. Before working for the Bush Administration, Hamel spent four years on Capitol Hill as Deputy Press Secretary for Oklahoma Congressman J.C. Watts. She also worked as Communications Director for Texas Congressman John Carter. In 2005 Hamel was chief spokesperson and press secretary for the House Republican Conference, where she helped promote the extension of the Bush-era tax cuts for the wealthy, renewal of voting rights act, and passage of border security and energy bills. In 2011, she is executive director of Public Notice, a Washington-based think tank. Her affiliations have been primarily Republican, and her own media appearances have been predominantly on the Fox News Channel.[1]

Hamel was an attendee at the Koch brothers' June, 2010 strategy meeting. [2]