From SourceWatch
(Redirected from Frederick W. Kagan)
Jump to navigation Jump to search 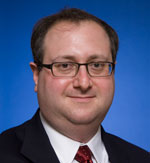 Frederick W. Kagan, who holds a B.A. in Soviet and East European studies and a Ph.D. in Russian and Soviet military history from Yale University [1], is a resident scholar at the conservative think tank the American Enterprise Institute (AEI).

In February, 2009 Kagan strongly urged President Obama to lead a bi-partisan escalation of the US war in Afghanistan [2]. On April 3, 2009 he participated in a forum titled A New Way Forward in Afghanistan sponsored by the liberal think tank Center for American Progress, also a supporter of the Afghanistan escalation, to launch their report titled Sustainable Security in Afghanistan. CAP's founder and executive director is John Podesta.

The "surge" in Iraq and the PNAC

Kagan is "a widely published military historian who served as a professor at the United States Military Academy at West Point from 1995 until 2005. This assignment put him into close contact with many of the 'thinkers' of the United States Army, both active duty and retired, such as" General Barry McCaffrey, "now himself a professor at West Point," John E. Carey wrote December 27, 2006, in the Peace Journalism e-magazine.

Kagan, who "participated in dozens of panel discussions, strategy development sessions and war games" at West Point, is "the author of AEI's most recent 'surge plan' that would put four additional Army brigades into Baghdad and two additional Marine regimental combat teams into Sunni-dominated Anbar Province, in an effort to curtail Iraqi violence," Carey wrote. "Kagan is known to have the president’s ear and has briefed several times to [Bush] administration officials including at the White House."

Kagan "authored the so-called 'real Iraq Study Group' report as the AEI's 'hawkish' rival to the ISG report of James Baker and Lee H. Hamilton in December 2006. The AEI report, titled Choosing Victory: A Plan for Success in Iraq, was released on January 5, 2007, and Kagan was said to have won-over the ear of President George W. Bush." [3][4]

Kagan was a signatory to the January 28, 2005, Project for the New American Century letter to Congress calling for "Increasing U.S. Ground Forces" in Iraq. He was also a signatory to a September 20, 2001, "open letter" in which the PNAC urged President Bush "that the war on terrorism include the removal of Iraqi president Saddam Hussain [sic] 'even if evidence does not link Iraq directly to the [ 9/11 ] attack.'" [5]

Kagan is the brother to foreign policy analyst Robert Kagan, "also a scholar," who was a "founding member of the Project for the New American Century. With fellow PNAC founder Bill Kristol, Robert wrote the [January 30,] 1998 New York Times article 'Bombing Iraq isn't Enough' that asserted: [6]

"If Mr. Clinton is serious about protecting us and our allies from Iraqi biological and chemical weapons, he will order ground forces to the gulf. Four heavy divisions and two airborne divisions are available for deployment. The President should act, and Congress should support him in the only policy that can succeed."

Kagan is the son of Donald Kagan, who is a professor at Yale and a fellow at the Hudson Institute. Frederick, Robert, who is a member of the Aspen Strategy Group, and their father Donald are "all signatories to the neoconservative Project for the New American Century manifesto titled Rebuilding America's Defenses (2000)." [7]

"Choosing Victory: A Plan for Success in Iraq"

"Iraq has reached a critical point. The strategy of relying on a political process to eliminate the insurgency has failed. Rising sectarian violence threatens to break America’s will to fight. This violence will destroy the Iraqi government, armed forces, and people if it is not rapidly controlled. ...

"Victory in Iraq is still possible at an acceptable level of effort. We must adopt a new approach to the war and implement it quickly and decisively."

Kagan proposes doing so by:

"If we surge and it doesn't work, it's hard to imagine what we do after that ... But we're already in a very bad spot, and if we don't do anything defeat is imminent."

"The very fact that so many differing strategies for Iraq are being proposed now should be your first clue that there are no good ones: no silver bullets, no wooden stakes, no garlic necklaces. What we're conducting now is akin to what in health care is sometimes called 'opening the medicine cabinet.' The patient is so critically ill that there's nothing left to do but try every drug in the arsenal and hope one of them does the trick. It's a desperation move," Jeff Huber commented December 13, 2006, in the Daily Kos.

Matthew Yglesias commented October 25, 2006, on what he calls the "Shorter Fred Kagan": "We've screwed up so much, so badly in Iraq that we can ill-afford to stop screwing up."

Frederick Kagan and his father, Donald Kagan, co-authored "While America Sleeps: Self-Delusion, Military Weakness, and the Threat to Peace Today", which was published on "the eve of the 2000 presidential elections." [8]

"The book argued in favor of massive military spending and warned of future threats, including from a potential revival of Iraq's WMD program." [9]

"Jim Lobe described the book in an article entitled Family Ties Connect U.S. Right, Zionists, published [March 9, 2003,] in Pakistan's English-language newspaper, Dawn. 'This was a clarion call on Washington—which was already spending more on arms than the 13 next biggest militaries combined—to increase its defense spending sharply lest it find itself, like Britain in the late 1930s, unable to face down a new Hitler,' Lobe wrote. 'Since then, both men have published reams of columns warning that Washington must immediately increase military spending by at least 25 percent to keep up with its global responsibilities'," Richard H. Curtiss wrote in the September 2004 issue of Washington Report on Middle East Affairs.

Articles by Frederick W. Kagan on war and the war in Iraq

Wikipedia also has an article on Frederick Kagan. This article may use content from the Wikipedia article under the terms of the GFDL.